The Turkish air force launched strikes against Syria in the past week, but it has also resumed bombing Kurdish groups.

The government joined in with international cries of outrage last week at the suicide attack on Suruc in eastern Turkey, presumed to be by Isis, which killed 32 people.

The PKK leads the Kurdish nationalist movement in Turkey.

In the east Turkey borders Syria, Iraq and Iran—all of which have significant Kurdish populations.

Until last week the Turkish military had taken no part in fighting against Isis.

The same day it began a crackdown on “terrorists”.

This led to mass arrests of people suspected of links to both Isis and the PKK.

It followed this with two nights of airstrikes on PKK targets in northern Iraq.

So far it has refrained from bombing the PKK-related PYD. It is the main force on the ground in Syria, which is fighting Isis forces with US air support.

Turkish socialist Ron Margulies told Socialist Worker, “The real danger here is that the Turkish government’s actions drag Turkey and the Kurds into a new war.

“First, it is risking getting completely involved in the war in Syria.

“Second, for two years there has been effective peace with the PKK and it is sabotaging the peace process.”

So far the PKK has not said how it will respond to the attacks.

The Turkish government has always seen the Kurdish movement as a greater threat than Isis.

For a long time it has done little to stop recruits to Isis crossing the long border with Syria.

The PKK claims that the Turkish government is directly colluding with Isis to destroy the Kurdish movement.

Turkey announced that the US and Britain can use aircraft based at Incirlik airbase in eastern Turkey for airstrikes against targets in Syria.

The US still classifies the PKK a terrorist organisation, while it is in practice working with the linked PYD against Isis in Syria.

It looks like his call for a meeting with Nato on Tuesday of this week may be an attempt to break that.

Erdogan spoke to US president Barack Obama last week, before the Turkish change of line.

Ron said, “I suspect that Turkey has come to an agreement with the US by which in return for Turkey supporting the US in its fight against Isis, the US turns a blind eye to attacks on the Kurds.”

US spokesperson Brett McGurk was quick to deny this.

He said, “There is no connection between these air strikes against PKK and recent understandings to intensify US/Turkey cooperation against Isis”. 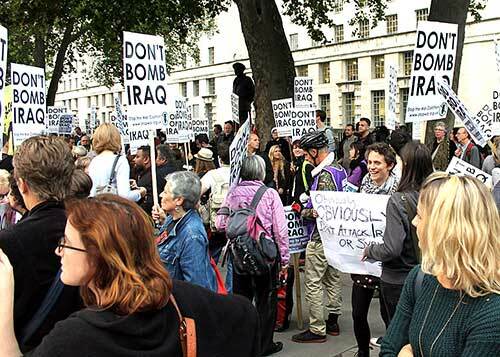