This article is over 14 years, 1 months old
Turkish warplanes launched air raids on Iraqi Kurdish villagers in an escalation of its war on Kurdish militants. The raids were conducted with the connivance of the US military.
Downloading PDF. Please wait...
Monday 17 December 2007

Turkish warplanes launched air raids on Iraqi Kurdish villagers in an escalation of its war on Kurdish militants. The raids were conducted with the connivance of the US military.

The Turkish military said the US had provided vital intelligence for the raid, which involved 50 warplanes and a massive artillery bombardment.

Yet despite claims that the military was targeting bases belonging to Kurdish fighters, its warplanes bombed a string of villages along the border between Iraq and Turkey.

The Kurdish rebels, who belong to the PKK guerrilla organisation, have been fighting for an independent Kurdish state in the south east of Turkey.

Kurds – who make up sizeable minorities in Turkey, Syria, Iran and Iraq – have been campaigning for independence ever since the region was carved up by Britain and France at the end of the First World War.

Their struggle for a homeland has been fuelled by repeated attempts to wipe out their language and culture.

A local official from Sankasar, a village north of the Iraqi Kurdish city of Sulaimaniya, said 200 families had fled their homes and at least ten houses had been destroyed in the raids.

“The villagers are now scared and are hiding in nearby caves. They lost all their properties,” he said.

Rebels said seven people, including two civilians, were killed in the strikes. The PKK said in a statement that “many civilians, among them women and children” were also wounded in the attacks.

Turkey has massed 100,000 troops along the border since the US invaded Iraq.

The US had promised Turkey’s rulers that it would help them eradicate the PKK, but it fears such a course of action would destabilise the one region of Iraq that has been relatively stable.

The PKK began its guerrilla war in 1984 during the era of military rule in Turkey. This campaign resulted in a murderous reaction from the Turkish state. After being driven out of southern Turkey, the PKK set up bases in northern Iraq.

The organisation continues to enjoy support from the Kurds in the region and among the Kurdish majority of south eastern Turkey.

Repeated offers of a ceasefire have been ignored by Turkey, which is determined to wipe out all resistance to its rule over Kurdish lands.

Last month tens of thousands of demonstrators took to the streets of Turkish cities to protest against the growing threats of a war on the Kurdish minority. 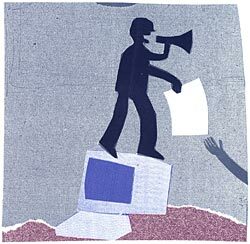 Anti-war marches: who goes and why

Our government lied about torture in Iraq