Two days of strikes made the bosses listen

This article is over 18 years, 2 months old
WORKERS AT the Heathrow Express are jubilant after winning their long-running dispute with management. Members of the Aslef rail union have been campaigning for full recognition and bargaining rights on the line, which runs from Paddington to Heathrow, for over two years.
By A Heathrow Express worker
Downloading PDF. Please wait...
Saturday 25 October 2003

WORKERS AT the Heathrow Express are jubilant after winning their long-running dispute with management. Members of the Aslef rail union have been campaigning for full recognition and bargaining rights on the line, which runs from Paddington to Heathrow, for over two years.

Until now we had made little progress despite the fact that Aslef represents all operational grades at Heathrow Express. But we won all of our key demands after just two days of strike action. Management previously offered recognition tied to the Heathrow Express Staff Association (HESA), which is funded and supported by the company.

Their initial offer would have restricted Aslef to negotiating on pay only. After taking industrial action, including an overtime ban as well as strike action, management made a humiliating climbdown and agreed to give Aslef full recognition independent of HESA.

Aslef will now also have the right to negotiate across the full range of workplace issues in addition to pay. These include sickness procedures, holiday entitlement, pension rights, disciplinary procedures, facility time and changes to working practices.

The new offer was put to members at an emergency branch meeting on Friday. The branch voted unanimously in favour of the offer and the agreement was due to be formally signed as Socialist Worker went to press. The fact that we achieved more in two days of industrial action than in two years of negotiations has not been lost on most people.

There is a noticeable increase in confidence among staff who have been able to come back to work holding their heads high. Everybody is very proud of the action we took and are proud of the unity shown by members during the dispute.

The successful outcome of this dispute will also serve as a warning to management who doubted the resolve of union members. They are still reeling from the fact that staff ignored management and took matters into their own hands.

In future staff will be a lot less willing to stand back if the company tries to undermine the union again. The Heathrow Express strikers would like to thank all those who offered their support during the dispute including passengers, RMT members, and the dozens of Aslef members from across London and the south east who visited our picket lines.

Branch members are also grateful for the accurate and supportive coverage given to the dispute by Socialist Worker and were delighted to see our new branch banner in print! 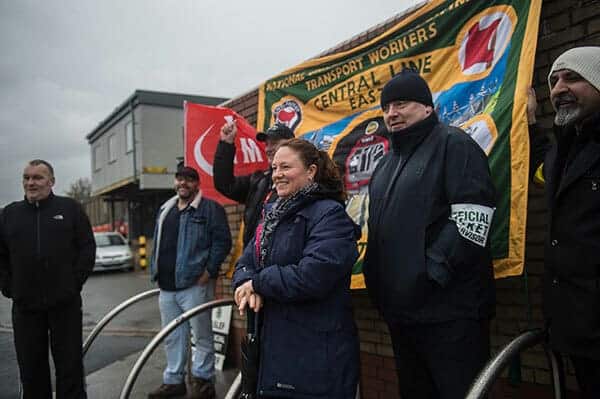