Uber strikers keep up the fight for pay and justice 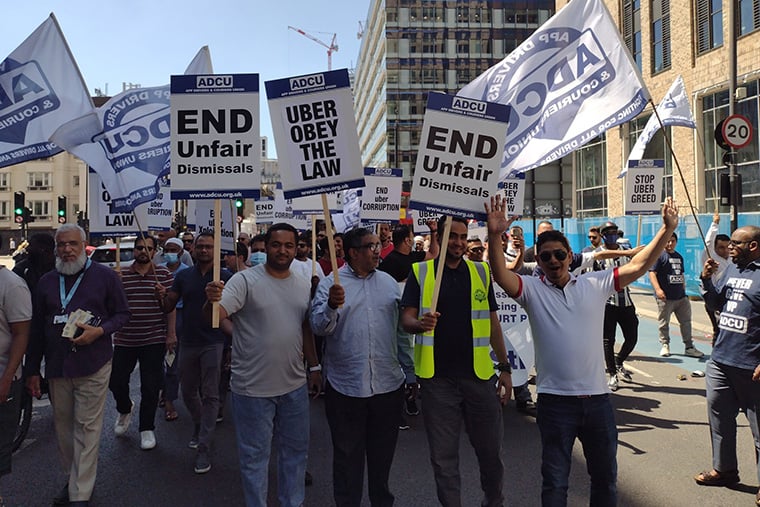 Uber strikers on the march put forward their demands (Picture: ADCU on Twitter)

Around 100 Uber drivers struck and marched in London on Wednesday. ADCU union members rallied outside the firm’s Aldgate Tower offices. They are demanding £2.50 a mile or 20p a minute, plus an end to unfair dismissals and for Uber to comply with recent court rulings.

Driver Jcem told Socialist Worker he had worked for Uber since 2014 but felt like the company “could no longer be trusted”. “In the past, the company was transparent about much commission they would take from us. They took 25 percent per trip. But now they won’t tell us how much they will take, and it changes from trip to trip,” he said.

Jcem added that Uber drivers’ wages aren’t keeping up with soaring fuel costs. He added, “Most Uber workers are migrants from across the world. If 90 percent of workers were from Britain, they would be treated better I think.”

There were other issues fuelling drivers’ anger on the protest. Claudiu told Socialist Worker that Uber deleted his account last year. Managers had blocked him from the app since 2019. “There was an incident where a passenger kicked my seat. I told them to stop and then they complained about me. I tried to say I did nothing wrong, but it was impossible, I tried to meet with the company but I couldn’t.”

Workers said they are also constantly afraid that Transport for London (TFL) will revoke their licences. Again they say it’s hard to appeal such decisions.

Driver Steve said that Uber is still managing to dodge granting workers basic rights. “After the Supreme Court ruling that said Uber drivers are workers, the company has cherry-picked what they wanted to do. And taxi app Bolt, which it also applied to, has ignored it altogether.

“But this is the price of the gig economy. These companies do what they like. They’ve exploited the lack of regulation to make as much money as possible.

“When Uber first came out, it was good. You could be paid quite a lot. That’s what enticed people, but over the years they’ve cut and cut from us. People can’t feed their families on what they pay any longer,” Steve said.

Workers chanted, “Uber, Uber, you can’t hide. We can see your greedy side” and marched through the streets of east London.

Members of the Caiwu and Aslef unions joined the protest. A rep from Aslef commended the drivers for striking in the same week as RMT rail workers were taking action.

“We’re starting to see workers fight back as the cost of living crisis is biting,” he said. “Wherever we can, we need to coordinate our action.”

Drivers for both Uber and Bolt have struck and protested in the space of a week, but more action is needed to beat these bullying bosses. 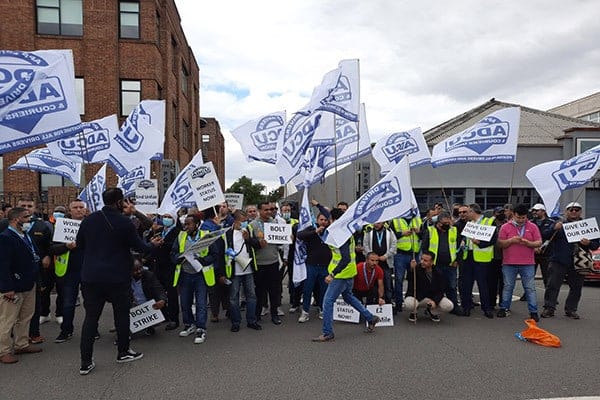 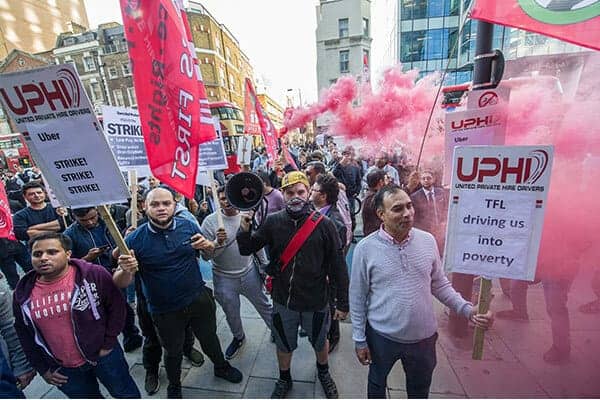