Many UCU union activists are asking whether they can take forward the fight under the current general secretary
By Sophie Squire
Downloading PDF. Please wait...
Friday 29 April 2022 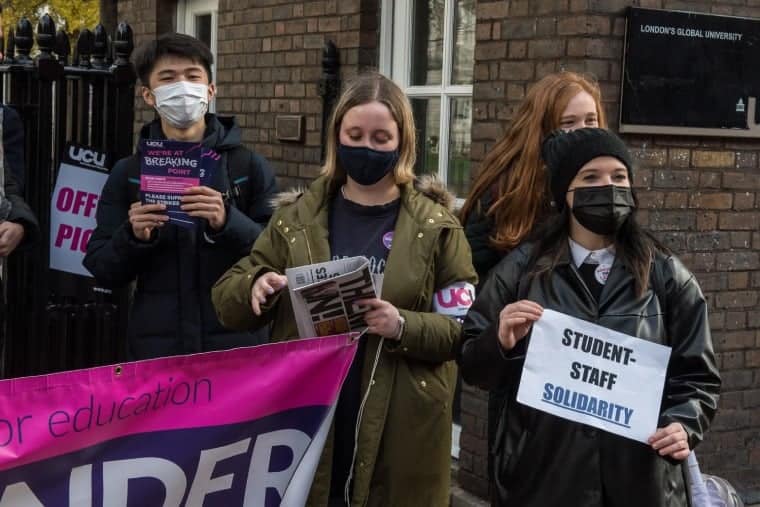 University workers hit back at plans by their UCU union leaders to deescalate and delay their dispute this week. They have thwarted an effort by general secretary Jo Grady and her supporters to make it impossible to take effective action this academic year.

As part of the long-running dispute, branch delegates voted for a marking and assessment boycott backed by further strikes. They did this at the recent special higher education sector conference (Shesc) that discussed the four fights dispute—over pay, workload, contracts and equalities.

This directly confronted Grady’s attempt to shut down the action and postpone any fightback for at least a year. But, despite the democratic verdict from the union’s members, the attempts to squash action continued.

Grady’s first instinct was to delay a meeting to confirm the dates of boycott and strikes. That would have meant the boycott would start too late to hit universities this year.

Bee Hughes, a UCU activist in Liverpool, told Socialist Worker, “We were alarmed when we received an email from Grady saying that the date of the next higher education committee (HEC) would be 12 May. It needed to be sooner. Branches need clarification about how to proceed, especially as their marking period has already started or is fast approaching for many branches.”

Activists were outraged and bombarded the union with demands to launch the action immediately. Many pointed out that it didn’t need an HEC to do so anyway.

Under pressure the union caved in and rushed out an email on Wednesday evening to HEC members. Referencing what it said was a “misunderstanding”, Jon Hegarty, the union’s head of bargaining, had a new message. “We will ask the HE officers to use their delegated powers to authorise a boycott to begin as soon as possible,” the email said.

So, no need for an HEC to do this. Bee says, “The pressure from members on those at the top of the union is working. Even though I half expect those at the top to say it was their plan all along.”

The boycott is now set to go ahead at 41 universities across Britain. Many managements are likely to respond by withholding all or a large percentage of workers’ wages, even if they are fulfilling most of their contracts. So the boycott has to be backed by also calling UCU strikes to hit back. And the whole union has to mobilise for fundraising and solidarity for those on the frontline.

The voting results at the second Shesc over the USS pensions dispute, which was held on Wednesday, will be out later this week. From last winter onwards, Grady has moved only when facing massive pressure from below. She has repeatedly tried to head off escalation. After this experience, many activists are asking whether they can take things forward effectively under the current general secretary. 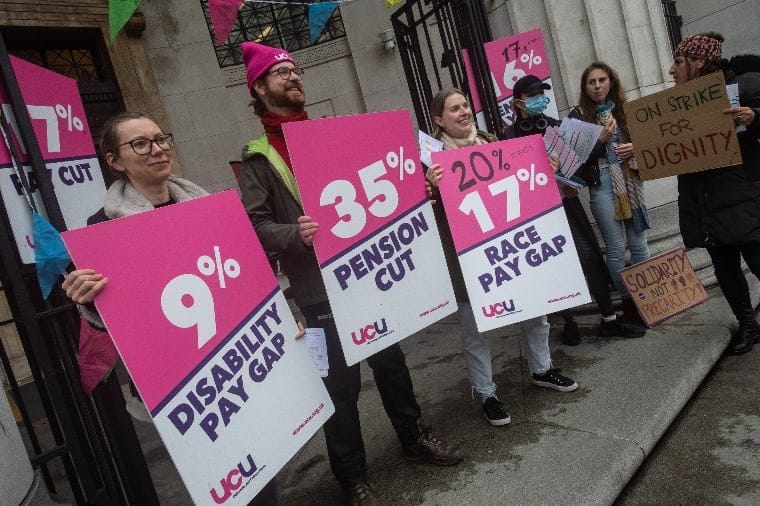