Its national executive committee (NEC) met on Friday of last week. It passed a motion stressing that “escalating the action quickly and significantly is the key to winning”.

The NEC resolved unanimously to call for a one-day national, coordinated strike “as early as possible in the spring term” at the next joint education group meeting.

It called for this to be “immediately followed by coordinated regional action” and to end with a “48 hour nationally coordinated strike”.

The UCU will also put this proposal to the TUC public sector coordinating group.

Speakers for the motion stressed that the success of 30 November had transformed workers’ confidence.

They said it was vital to show union members that there was a strategy to win.

The PCS and NUT have also backed further nationally coordinated strikes in the New Year.

UCU shows that small unions can pack a punch 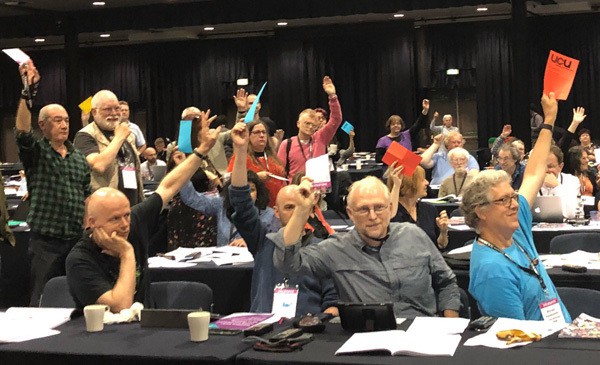 What was decided at UCU conference—when delegates got the chance