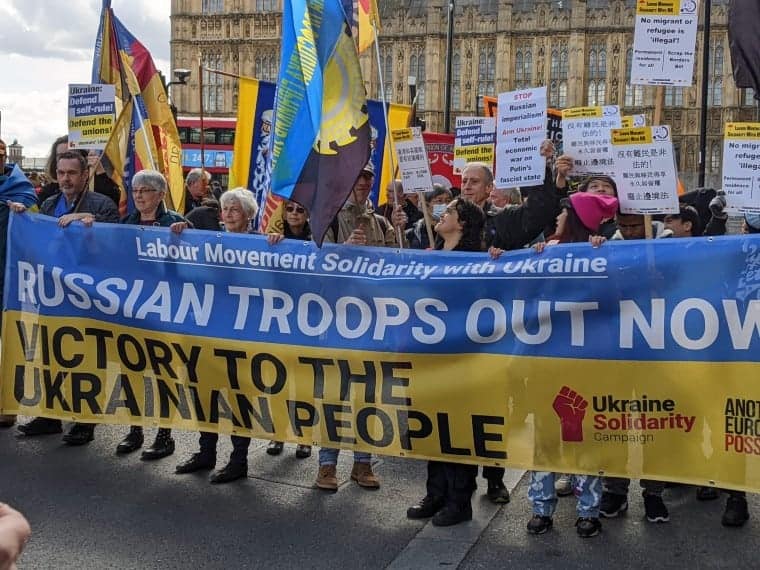 Marchers also chanted “Put an end to Putin’s reign, arm arm arm Ukraine”—a call for Western intervention to force regime change in Russia. Labour MP Nadia Whittome joined in chants of “Putin out.” Though the march was supported by a number of trade unions, only a few sent union banners and a couple of people each.

Trade union speakers emphasised solidarity with Ukrainian workers and called for Britain to let in more refugees. Blake also acknowledged that the UCU’s position is to oppose Nato expansion into eastern Europe.

But protesters reacted more enthusiastically to organisers’ calls for escalation and arming the Ukrainian military. Ukraine Solidarity Campaign organiser Christopher Ford said, “Those who call for peace—those people are the voice of appeasement. Those people are a 21st century Vichy.

“I want to see Putin hanged in the Maidan in Kiev.” He added he wanted to build “a movement that demands not just meagre arms,” but “all the arms they need to inflict a defeat on Russia.” 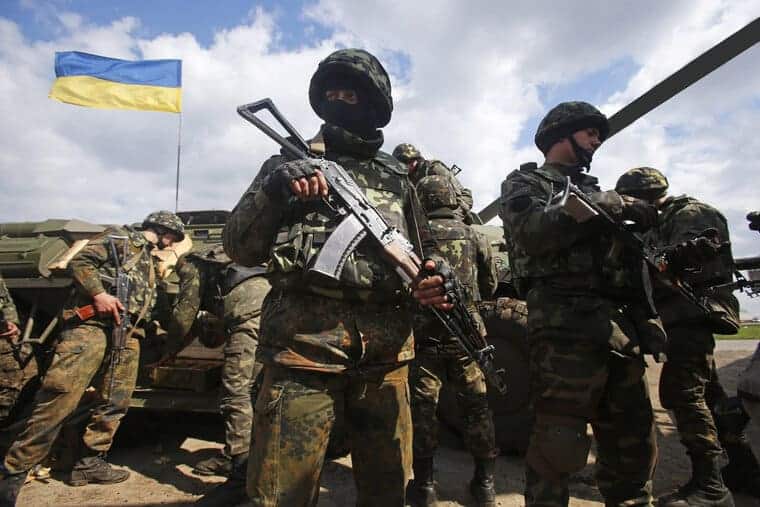 How war could cause revolt all around the world
Read More

Peter Radcliff of the Ukraine Solidarity Campaign in Nottingham said, “Anyone who propagates the lie that this is a war of Nato expansion is doing Putin’s dirty work for him. “Pressure Nato to give the Ukrainian people the arms they need to defend themselves.”

Campaigner Peter Tatchell called for “total economic war on Russia” and said, “To call for peace is to stand on the side of Putin.”

And former left wing writer Paul Mason said, “It is in the interests of working class people to support Ukraine in this war. I know how hard that is for many of us who stood out here for so many other wars and said screw your hypocrisy for Iraq, Afghanistan and the rest.

“Push back against the pressure inside the labour movement from voices that I’m afraid to say have swallowed the Kool Aid of Putin’s right.”

This demonstration for more arms leads to support for endless escalation and more war horrors. It is a path towards potential conflict between nuclear-armed powers.