NEW LABOUR has appointed a Tory trade union buster to be its secret “oil” tsar in charge of planning to break any future oil blockade. Jeffrey Sterling, now a Tory lord, is chair of the P&O shipping group. Labour ministers say he is playing “a constructive role” in talks with the oil companies.

His company owns P&O Trans-European, whose 280 drivers deliver petrol to Shell depots and filling stations. He advised Tory trade and industry secretaries between 1983 and 1990 when Thatcher’s government tried to smash the trade union movement.

Sterling was head of P&O in 1987 when the Herald of Free Enterprise ferry sank, with the loss of 188 lives. He escaped prosecution, but his drive for profits led directly to the disaster.

A year later Sterling sacked 2,000 seafarers on strike in Dover and took their union to court.

But John Prescott, former seafarer, union activist and now deputy prime minister, is happy to do business with him.

GUARDIAN journalist and campaigner George Monbiot had a run in with the police at Labour’s conference last week.

Monbiot bumped into a Countryside Alliance demonstration on his way to a fringe meeting. He offered them some fitting slogans like “Bring back badger baiting”, “Back to the middle ages” and “Feudalism now!”

He was jostled by the crowd, and then the police cautioned him. Monbiot asked if the political content of his slogans was the “problem”. “In this case, sir, yes,” said the copper.

THE US is cynically trying to get around the Ottawa Convention banning anti-personnel landmines.

Some 135 countries, including the US, have signed the convention that comes into full force from 2006. But the US military is developing a new kind of mine, reports the New Scientist magazine.

These mines do not stay in one place in a minefield. They send radio signals to each other and rearrange their pattern to confuse any enemy. They use hydraulic pistons to hop to new locations and bury themselves.

The devices’ ability to move means they are not considered mines. So the “projectile scattering devices” are not banned under the Ottawa Convention.

The Torygraph’s shindig was so popular it ran out of champagne, leaving Labour MP Peter Kilfoyle, and ministers Peter Mandelson and Baroness Jay supping emergency supplies of water.

THE TORY offensive to trash the Macpherson inquiry into the death of Stephen Lawrence rolls on.

Former Met chief Sir Paul Condon agreed after the inquiry to ditch what police called a “colour blind” approach. This meant ignoring the possibility of racism in crimes and in the police’s treatment of people.

But shadow home secretary Ann Widdecombe has said that under a Tory government she would tell the police to go back to this policy.

NEW LABOUR leaders basked in the glow from Nelson Mandela’s speech to the party conference.

Many in the conference deserved to feel proud for their work over the years fighting against apartheid in South Africa. They would not perhaps be so proud to learn that New Labour leaders are taking money from a backer of South Africa’s ruling party during apartheid, the National Party.

Multi-millionaire Issac Kaye’s Norton Healthcare company is a major supplier of drugs to the NHS. He donated 100,000 to the Labour Party last year, and 10,000 to Frank Dobson’s failed London mayor bid.

But during the 1960s and 1970s Kaye was a boss of CE Electro-Medical and Continental Ethics, which supplied X-ray films and drugs to South Africa. According to the Daily Express, former company executives recall that in South Africa Kaye was a keen backer of the apartheid ruling National Party.

Gerrit Borman, former National Party politician, confirmed Kaye had been a “substantial” backer of his party.

Sir Keith Joseph was a key Thatcherite Tory in the 1970s and 1980s. He was dubbed the “mad monk” for his barking right wing ideas. He is also long dead, and good riddance.

THE LUNCH HOUR is becoming a distant memory for many workers, according to a survey by the Datamonitor organisation. It found that the average break is now just 36 minutes, with many workers getting far less.

Office workers are increasingly grabbing a sandwich while staying at their desks and continuing to work. No wonder bosses in Britain’s sandwich industry are celebrating becoming the largest such market in Europe-worth 3.2 billion a year.

“Five or six of them struggled me to the floor, gave me a beating and dragged me to the back of the station. One had me by the neck and two others were holding me by the arms. I could not breathe. I thought I was going to lose my life in there.”

“IT WAS the classic environment where people lose their lives in police stations. They view all black people as aggressive. It is institutional racism.”

“THERE WILL be considerable pressure on the government to accept the inquiry findings and apportion blame. But to do so would be to risk incurring unforeseeably large expenditure. The general policy is that there will be no payment of compensation.”

“THE JOB is unsuitable for women. It is not just a matter of conflict between women’s role as a mother, or potential mother, and the demands of the job. It is also about the inherent nature of politics.”

“WE were dungareed girls in the 80s and we’re now swapping business cards. Where did it all go right?”

A new battle at Waterloo 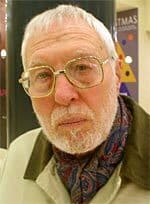 Bradford Asian jailed for 8 and a half years