Union rejects scapegoating of migrants at Next in Yorkshire

The GMB union held a protest outside Next’s warehouse in South Elmsall, west Yorkshire on Friday of last week. The protest coincided with a national tour calling on Next to pay workers the Living Wage.

But the union called this protest in response to reports that the retailer was trying to recruit Polish workers for Christmas jobs before advertising them in Britain.

The union has made clear that Polish workers are not the problem and has previously made organising migrants a priority.

“Look past the simplistic tag and face the challenge of exploitation. Let’s reach out to those migrant workers, not attack them, but organise and protect them.”

However, the GMB argues that the European Union’s (EU) free movement of labour has to come with social rights.

It argues that the EU’s social rights have been chipped away letting bosses use free movement to rack up profits.

The idea that the problem is to do with firms hiring migrant workers is dangerous, as it can lead to racist arguments. 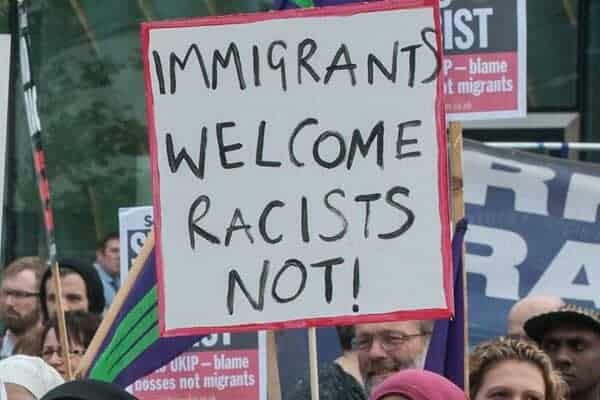 ‘We're not to blame’ - migrant workers speak out against racist lies