A strike by bin workers in Coventry has sparked a major clash between the Labour Party’s national leadership and its biggest union funder.

Coventry bin workers have been striking to demand a pay rise since January of this year—and are set to stay out every Monday to Friday until 23 March. Yet rather than pay up, Coventry’s Labour council has used its own private company to recruit scab workers to break the strike.

Graham, leader of the strikers’ Unite union, said the union’s remaining funding to Labour “is now under review.” That includes both regional and national funding, and the fee it pays to be affiliated to Labour.

In an online strike rally, she said the Coventry Labour council has “gone to war with these drivers.” “Our wallet is closed to bad employers,” she said. “Your behaviour and mistreatment of our members will not be accepted. It’s time to act like Labour, be the party for workers.”

Yet an official Labour Party spokesperson replied with a further insult to strikers.

That message was clear Labour is not a party that will side with workers as the cost of living rises and real terms wages fall.

Starmer’s “new management” has been all about trying desperately to prove Labour is once more a “party of business.” But that shift has inflamed tensions between Starmer and the leaders of some of the unions that fund the party.

Union leaders look to Labour to deliver reforms as an alternative to organising strikes on behalf of their members. But Labour also has to prove itself worthy to bosses and big business. So it repeatedly turns its back on workers and demands obedience from union leaders.

Now some union leaders fear Starmer wants to sideline them in the party—and refuse to deliver even the limited protections they hope will satisfy their members.

The latest row between Graham and Starmer comes after Unite’s executive council voted in 2020 to cut its affiliation fee to Labour by 10 percent. Members of the CWU union also voted to end all but their most basic national funding to Labour, in a conference vote last year. And members of the Bfawu union voted to split entirely.

But if Unite cut its funding to Labour it would be the biggest challenge that Starmer’s right wing leadership has faced so far.

It’s significant that that challenge has come from workers fighting back. There’s no point in workers’ union subs going to a Labour Party that refuses to stand up for them—and even attacks them.

Unite members should demand the union cuts its funding to Labour, and spends the money on better political causes—and the strikes and resistance that can really defend wages and living standards. 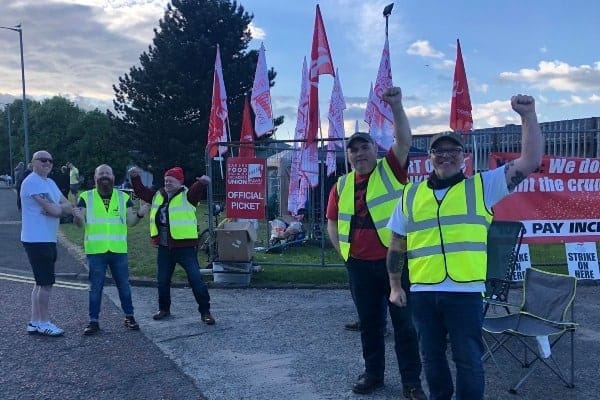