This article is over 16 years, 3 months old
Willie Walsh took over as chief executive of British Airways (BA) last week and immediately announced plans that are a declaration of war against the workforce.
Downloading PDF. Please wait...
Saturday 08 October 2005

Willie Walsh took over as chief executive of British Airways (BA) last week and immediately announced plans that are a declaration of war against the workforce.

Walsh will try to use the move to the new Terminal 5 in 2008 to attack workers’ conditions at Heathrow.

In his sights are 1,000 call centre operatives, 2,000 check-in staff and BA’s pool of bus drivers, numbering in the hundreds, who ferry pilots and cabin crew around the airport.

But first in line for cuts will be BA’s 2,500 baggage handlers. As he took over Walsh said, “There are working practices in BA that are completely irrelevant to the business today. That is why Terminal 5 represents an opportunity for us to start all over again.”

He has set the task of raising the company’s profits from 6.9 percent of turnover to 10 percent — and BA’s workers will pay the price.

Walsh slashed 2,500 jobs at Aer Lingus, where he was previously chief executive. He hopes to do the same at BA, but faces tougher opposition from a well-organised workforce who know that BA already makes big profits.

The outcome of these investigations will be crucial to workers across Heathrow. If management get away with sacking or humbling the union activists, it will send a very bad message for the future.

This week was set to see a key battle between one of the unions and the construction employers at Terminal 5.

Over 100 steel erectors in the Amicus union were to strike on Thursday of this week after a 90 percent vote for strike action for their demands for an extra £1 an hour.

The workers want parity with the mechanical and electrical workers on the site.

Workers are set to strike every Tuesday and Wednesday. There will also be no weekend working.

Frank Westerman, the Amicus regional officer, says, “The union and the employers will be meeting with the conciliation service Acas on Wednesday in a last ditch attempt to resolve the dispute.

“Our members our demanding parity pay with other workers on the Terminal 5 site. The union is prepared to strike on an indefinite basis unless we can reach an agreement that reflects the aspirations of our members.”

It is important that this battle is won and that any inroads against union organisation are firmly resisted across the airport.

There is no reason why Walsh should get his way. The unofficial strikes by check-in staff in 2003 and the walkouts over Gate Gourmet showed the power Heathrow workers can mobilise.

For more on Gate Gourmet see ‘We were right to fight’

All out to stop British Nazis

Nazi with explosives sentenced to 11 years 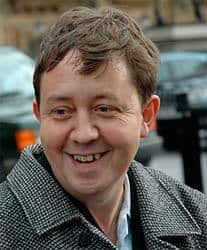