This article is over 11 years, 0 months old
Unions have suspended two planned half-day strikes by some 480 bin workers that were due to start in Birmingham today.
By Viv Smith
Downloading PDF. Please wait...
Thursday 13 January 2011

Unions have suspended two planned half-day strikes by some 480 bin workers that were due to start in Birmingham today.

An ongoing work-to-rule has also been suspended.

Birmingham’s Tory council, under intense pressure to clear festering mounds of rubbish, has made a series of concessions.

The council had threatened to dock workers’ pay by 20 percent and privatise the service. It brought in around 200 scabs to smash a previous strike. But workers’ determination has forced the council to blink first.

But many workers are very suspicious at vague promises of payouts linked to yet another “performance development review”. Previous reviews have left refuse workers with less money and increased workloads.

The mood at depots across the city was sombre this morning, as workers heard about the last minute suspension of action.

“I can’t believe I had to find out on the news last night that the strikes are off,” one driver said as he went into the Humpage road depot at 5.20am.

Another said, “I’m not happy. We are winning—suspending the strikes gives them a chance to clear the back log and then shaft us.”

Reps and officials have promised workers that they will call further action if the council backtracks on agreements or if the talks stall.

But for many workers this is not enough. As one worker argued, “If you have them on the ropes you don’t back off, you go for the knock-out!”

The action, jointly organised by the Unite, GMB, Unison and Ucatt unions, is over a pay cut that would see workers lose up to £4,000 a year, and attacks to increments and shifts. The council says it wants to make the crippling pay cuts in order to fund single status pay regrading.

The bin dispute is a test case in the council as it attempts to push through cuts across the board. It is vital that the unions use the solidarity and determination of workers to push back the attacks.

Right to Work activists gathered on steps of Birmingham City Council House last night to dump their uncollected rubbish under a banner reading, “Birmingham council is rubbish not the workers”.

One rep told Socialist Worker he was inspired by the protest.

“I was in the talks last night and I felt really down,” he said. “But I walked past the protest and it made my night. I knew we were not alone.”

Birmingham Right to Work called the protest to challenge council propaganda against the bin workers and to show solidarity.

Labour councillor Ian Cruise said, “I fully support the bin workers. The way they have been treated is a disgrace. They are right to strike”.

Matt Raine, Birmingham Right to Work convenor, told the protesters, “Bank bonuses are set to come to £7 billion. This would be enough to cover all the cuts.

“We don’t have to accept them, and we need to support everyone who stands up to the government and the council” 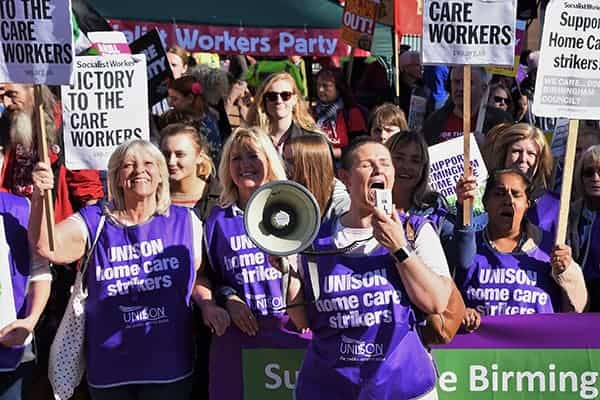 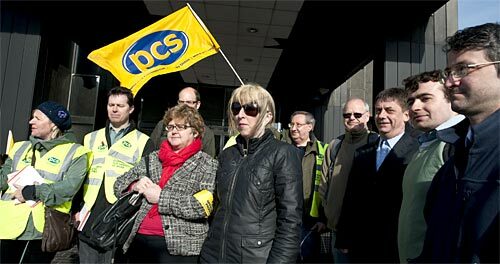 Move to Birmingham or get the push