This article is over 14 years, 6 months old
Manchester NHS bosses are out to sack nurse Karen Reissmann for speaking out against health privatisation. But her union has rallied to her defence
By Yuri Prasad
Downloading PDF. Please wait...
Tuesday 26 June 2007

Supporters of Karen Reissmann – the psychiatric nurse and Unison activist who was suspended by her employer two weeks ago – were heartened to hear that both the national executive of her union and its health executive have pledged her their full backing.

Karen was suspended after she gave an interview in which she explained why her union is opposed to the use of voluntary sector “social enterprises” to provide NHS services and why her branch has taken strike action to prevent such privatisations.

In a statement read to Unison’s national delegate conference the executive declared that the union would, “vigorously defend our members right to speak out without fear of persecution. Karen will be supported throughout this process and her interests will be positively defended”.

Karen, who is the chair of the Manchester Community and Mental Health Unsion branch and a member of the national union’s health executive, was given a standing ovation by the conference when she spoke out against privatisation and the witch-hunting that it is engendering.

An emergency union meeting last week saw over 150 of Karen’s workmates unanimously request that the entire branch of 700 workers be balloted for indefinite strike action in defence of her job. The branch committee has further endorsed this call.

Unison officials were due to consider the request as Socialist Worker went to press.

Karen told Socialist Worker that the amount of support she has received is “flabbergasting”. “I’ve had hundreds of emails and my phone is completely clogged with messages,” she said.

“This level of solidarity makes a real difference when you are facing such a vicious attack. Members in my branch are furious with management and are itching for a chance to hit back.”

Following a decision at the branch meeting over 100 Unison members lobbied a meeting of the board of the trust on Thursday of last week. Many were wearing T-shirts and signs that read, “I Am Karen Reissmann”.

Protesters flooded the building where the board were due to meet with helium filled balloons bearing slogans in her support. This caused management to run around in a frantic attempt to pop them all before abandoning their venue.

Phil, a care worker on the lobby, told Socialist Worker, “Karen has told the truth about the trust’s agenda. In one of the neediest areas in the country they are diluting community services to the bare minimum. Karen has stood up for services to mental health patients, and for carers’ jobs. The trust doesn’t like that.”

Another of Karen’s colleagues, an ex-soldier, said, “The army was more caring than this trust. If we don’t take a stand now, there won’t be an NHS in ten years.”

NHS employers will be watching the outcome of this case closely. If a trust can successfully sack or discipline union activists who speak out against cuts and privatisation, then no opponent of the government’s agenda is safe.

“I have a right to be a trade unionist and a defender of the NHS,” Karen told Socialist Worker. “And I have no intention of giving up that right, whatever management threatens.”

Every Unison member, health worker and trade unionist should get behind Karen’s campaign, as should all who believe in the NHS and free speech.

What you can do to help 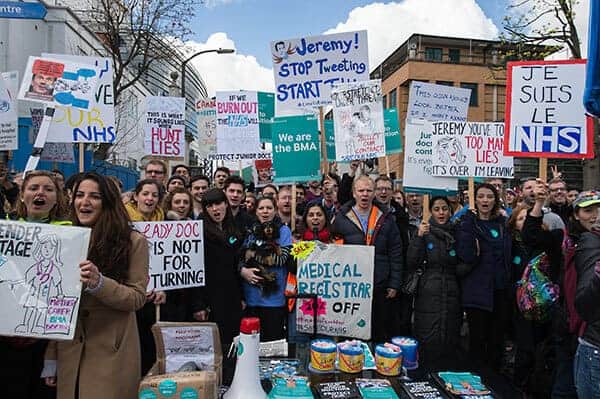 Build on the support for junior doctors' fight 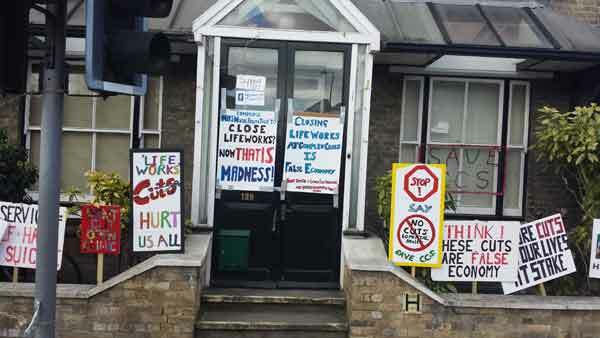