This article is over 9 years, 7 months old
The Unison union’s annual conference has voted to prepare for strikes over pay in the autumn.
By Tom Walker in Bournemouth
Downloading PDF. Please wait...
Thursday 21 June 2012

The Unison union’s annual conference has voted to prepare for strikes over pay in the autumn.

It comes after general secretary Dave Prentis pledged that the union would “smash the pay freeze”—and took a hammer to a pound sign made of ice to drive the point home.

This would be “the biggest campaign this union has ever seen”, Prentis added, featuring “strike action across our whole union and across the public services”.

A motion passed on Wednesday commits the union to “consult… on a proposal to ballot members for a programme of industrial action” with ballots “to run concurrently in autumn 2012”.

The left and right within the union united behind the motion. It was moved by Rena Wood from Unison’s North West region, who, said, “Pay unites everybody. We can fight together, we can win.”

Paul Gilroy from Unison’s national executive said Prentis had made a “rallying call”, adding that the fight over pay was “a campaign we must win”.

That rallying call met a warm response, but one that was more noticeably muted compared to last year’s enthusiasm over the pensions dispute.

This reflects widespread unease among Unison activists at the amount of effort they put in over pensions only for the leadership to sign up to the Tories’ first offer.

Nevertheless, conference delegates were angry at the government’s three-year public sector pay freeze and were up for the new fight.

“Shops, petrol—you know prices are going up,” said James Morbin from Oxford health branch. “Everyone is living it on a daily basis. We need to show our anger. We need to show them we can fight back.”

“It’s a challenge to our credibility as a union,” added Paula Barker from Halton. “Words are not enough. Let’s make 2012 the year we stop suffering in silence and start doing something about the pay freeze.”

Stephanie Herd from North Ayrshire said, “It’s not by chance or bad luck that we’ve suffered a pay freeze. It’s a Tory-led government that’s determined to smash up our public services. Our members must not endure poverty pay any longer. We’ll win this together.”

There was also widespread support for the TUC anti-cuts demonstration on 20 October. Many delegates were already wearing Unison’s “20/10/2012” T-shirts promoting the march.

Dave Prentis said, “The 20 October demonstration will be massive. It’s got to be far bigger than our demonstration in March last year. But it will be just the beginning as we campaign and battle through the autumn and winter to a ‘Unison spring’.”

In the debate, Tower Hamlets delegate John McLoughlin agreed—and made a call for unity. “On 30 November we delivered the biggest strike that’s been sent in this country,” he said.

“We can do the same about pay. Come to London on 20 October. Let’s let them know—we’re not just going to march together—we will strike together. We’re going to break your pay freeze and your austerity.” 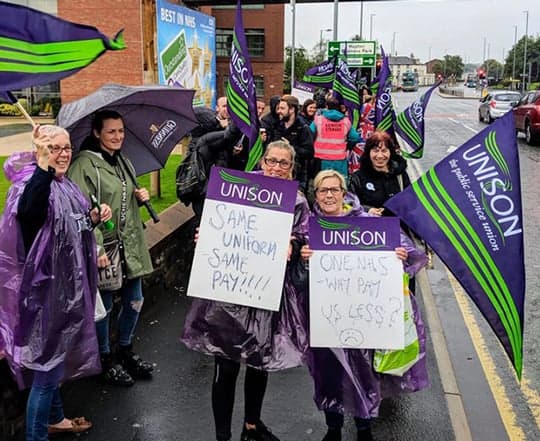 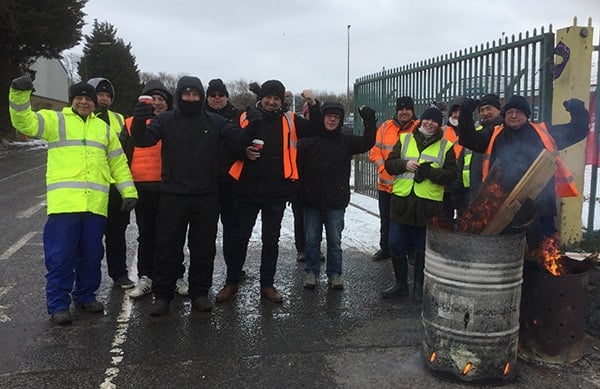