Unison must back action by workers

This article is over 19 years, 6 months old
AROUND 800 council workers are gearing up for a major battle against privatisation. They will be standing up against plans by Tory-controlled Westminster council to privatise the bulk of council services. If the council gets away with its plan every council will be encouraged to press ahead with similar privatisation plans.
By RAHUL PATEL, assistant branch secretary Westminster Unison (personal capacity)
Downloading PDF. Please wait...
Saturday 06 July 2002

AROUND 800 council workers are gearing up for a major battle against privatisation. They will be standing up against plans by Tory-controlled Westminster council to privatise the bulk of council services. If the council gets away with its plan every council will be encouraged to press ahead with similar privatisation plans.

We had a 1,000-strong one-day strike of the whole Unison branch last Thursday. Unless the council backs down by Monday we will be asking our national union to back an all-out indefinite strike by 800 workers. The current plans will see up to 80 percent of services privatised. The Tory council wants workers and services from parking to planning, environmental health to education administration, to be taken over by profiteers.

The only bidder left in the privatisation plan is a consortium called SW1, involving Vertex, Ernst and Young, and Cap Gemini. These multinationals are attacking their workforces. Cap Gemini announced 5,000 job losses last week and Ernst and Young have scrapped their workers’ final salary pension scheme.

If you want to know about Vertex, look at Ealing council in west London. Even the opposition Tories there are calling for the company to be dumped from running housing benefits. Westminster council’s tender documents make clear that staff handed over to this consortium face attacks on their pension rights.

There will be a two-tier workforce, with new staff on much worse terms and conditions-lower pay, worse sick pay and holiday rights. We are determined to fight to keep staff in the public sector. Our fight comes after three one-day strikes by council workers across London to win a better London weighting allowance for the extra costs of living and working in the capital.

The result of national ballots of council workers for a strike over pay is awaited. It could see council workers out on strike everywhere on 17 July. We can beat this Tory council, and make it easier for all those facing similar privatisation offensives from New Labour councils too.

TENANTS HAVE forced Sheffield council to review plans to demolish 13,000 out of 63,000 council homes and privatise the rest. The newly elected Labour council owes its unexpected victory to the adoption of a strong pro council housing stance during the elections.

Now they are under strong pressure to make their promises good. Sheffield Defend Council Housing demands a complete reversal of the privatisation plans.
BEN MORRIS

Why local government workers should vote yes to a strike 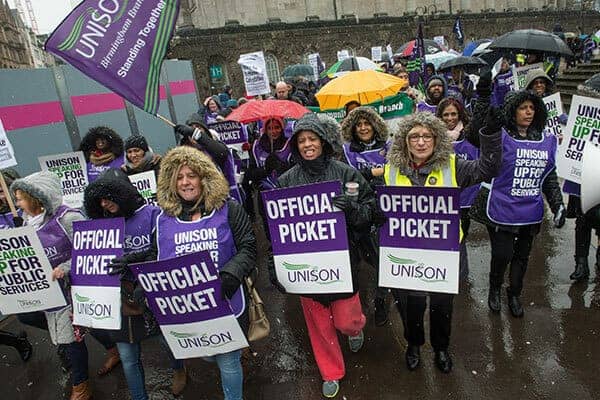