BA bosses did not challenge the ballot of cabin crew in the courts. They simply asserted to the Electoral Reform Society, the independent scrutineer that conducted the ballot, that it was unlawful.

It was a desperate move by managers who are scared of powerful strikes. But Unite was wrong to bow to it.

The union has helped to set a new, dangerous precedent for how bosses can merely threaten to invoke the anti-union laws to stop strikes.

Cabin crew have several times voted overwhelmingly for strikes to protect their jobs, conditions and their union. Len McCluskey promised to back them when he was elected general secretary of Unite at the end of last year.

Many crew, exasperated by the failures of their previous Unite leaders during the fight, hoped that McCluskey would be different.

McCluskey told a meeting last month, “I will not let you down. I will make certain that whatever you want, you will get.” He also promised crew that, “the only people who will determine what’s acceptable will be you.”

Yet crew have had no opportunity to have their say on the decision to pull the ballot. The move risks demoralising workers while giving the bosses confidence.

McCluskey promises to hold a new ballot—he must do so as soon as possible.

In the meantime, there are many things Unite could do. Its south east industrial regional committee wants the union to call a special conference to discuss the dispute.

Some cabin crew are calling for a demonstration. “Let’s get out there and protest,” says one on the Bassa forum, the cabin crew section of Unite.

Unite should throw its full weight behind the fight—and if it won’t call action, workers should organise it themselves.

BBC pensions ballot is on 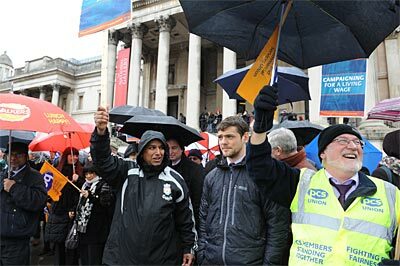 Turn anger in the civil service into action 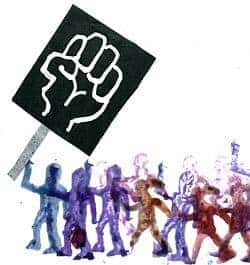 Students are building a new resistance