This article is over 9 years, 8 months old
More than 10,000 workers in the Ministry of Defence and other government departments are set to join the strike over public sector pensions on 10 May.
By Dave Sewell
Downloading PDF. Please wait...
Thursday 26 April 2012

More than 10,000 workers in the Ministry of Defence and other government departments are set to join the strike over public sector pensions on 10 May.

The vote for action was unanimous at a meeting held today (Thursday) of Unite union activists involved in the sector.

Brett Davis is a Ministry of Defence worker who sits on the Unite’s sector committee. “There’s a real understanding that the attack on pensions is so massive we have no choice but to go for a fight,” he told Socialist Worker.

Unite members in the Ministry of Defence took part in the mass pensions strike on 30 November. They have since voted by 94 percent to reject the government’s pensions offer.

Many delegates at the meeting recognised that momentum had been lost since the 30 November strikes. “We need to use 10 May as a springboard for further action,” said Brett. “A one day strike won’t be enough—we need a strategy.”

The committee is set to reconvene to discuss further industrial action next week, he added. “We’re hoping that Unite and the PCS standing together will encourage more unions to join the coalition against the government.” 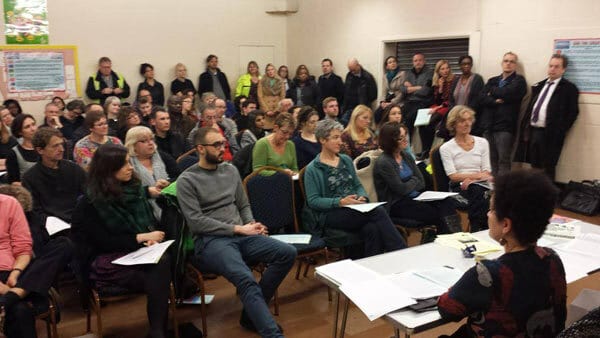