This article is over 9 years, 2 months old
Around 1,000 people came to the Unite the Resistance conference yesterday, Saturday. Trade unionists and campaigners filled the central London venue for a day of discussion and debate about the way forward.
By Tom Walker
Downloading PDF. Please wait...
Sunday 18 November 2012

Around 1,000 people came to the Unite the Resistance conference yesterday, Saturday. Trade unionists and campaigners filled the central London venue for a day of discussion and debate about the way forward.

In the opening session, Kevin Courtney, deputy general secretary of the teachers’ NUT union, addressed the fallout from the mass strikes being called off after 30 November last year.

He said it was “absolutely fantastic… and yet we didn’t win. That lack of victory is now eating away at people’s confidence.”

He talked about the action short of a strike the union is currently taking over workload, and the importance of building it. But he added, “We do need further national strike action. We need to build the confidence that we can do it.”

Matt Wrack, general secretary of the firefighters’ FBU union, agreed, adding that we need to “organise in our workplaces as never before” to “rebuild the unions”.

The afternoon debate saw further discussion of these points. Jane Aitchison of the PCS union said, “Wasn’t it great when you woke up on Wednesday morning to learn there was a general strike across Europe?

“But wasn’t it also disappointing for us that we were not part of that strike. If our trade unions in Britain were half as determined as we are here today, then we would have been on strike with all those workers.”

She added that every trade unionist needs to argue for action now, saying, “We have not lost confidence—it’s our leaders who have lost their bottle.”

Health worker Gill George from the Unite union also took up the question of workers’ confidence. She argued that leadership is key to regaining the initiative in the fight with the government.

“When the pensions’ fight was sold out on 19 December last year I saw Mark Serwotka of the PCS union angrily denouncing the sell out,” she said. “And I asked, where is the leader of my union, Len McCluskey?

“Answer? He was sitting on the fence. And it’s that lack of leadership that feeds lack of confidence.”

Gill said that activists could not afford to sit back and wait for the TUC. “The ongoing strikes by admin and clerical NHS workers in Yorkshire show what can be done. We cannot wait for others to give a lead. We have to create victories.”

All were agreed that the scale of the cuts to come is massive. Left wing Labour MP John McDonnell talked about how George Osborne’s autumn budget statement in three weeks’ time will change “the terms of the struggle we’re facing”. It is expected to include a further £10 billion in welfare cuts.

“A few weeks ago I was collecting for a food bank in a supermarket,” he added. “What surprised me was not the numbers giving—it was the numbers asking ‘where can I get the food?’ This is the line in the sand. This is the time when we will all be tested.”

All sorts of campaigns, in Britain and around the world, were represented at the conference.

Hillsborough justice campaigner Sheila Coleman got a big round of applause in the morning. South African miner Tumi Moloi received a standing ovation when he spoke. 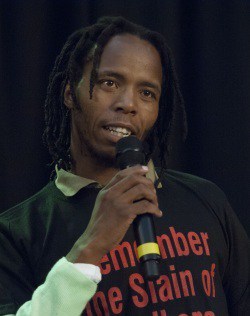 “We are in this struggle together,” he said. “We stand for the people and for workers’ rights. Our strike was organised by rank and file workers together.

“Workers demand better wages to advance out of the nightmare lives they are living in. They respond with shoot to kill.”

And all speakers were united in expressing solidarity with the people of Gaza under attack from Israel.

There were further international speakers in the workshops that followed, as well as sessions on protest and the law, defending the NHS, equality, education and benefits.

There were many speakers from the floor in the main session too, including a range of trade unionists, welfare and justice campaigners and a Camden traffic warden, who talked about their recent strikes.

The conference ended by electing a steering committee and passing a statement committing Unite the Resistance to “support resistance to all the attacks on working people”, including upcoming protests, pushing for more strikes and campaigning for the TUC to call a general strike.

Activists told Socialist Worker they felt the day had been valuable. Nicola Scope, a teacher from Derby, said, “It’s the first time I’ve been to anything like this—it’s been really interesting.

“We’re fighting being turned into an academy. It’s nice to hear from others around the country who are also fighting back.”

And Maurice Shaw, a PCS rep and member of Black Activists Rising Against Cuts, told Socialist Worker, “I think it’s been a total success. I think everybody’s learned something to take home with them.

“A lot of the ideas and things learned from other people will be useful in getting more organised to keep up the fight.” 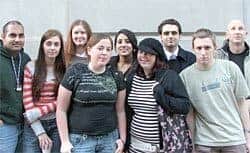 People’s Assembly on Islamophobia: standing together against racism