Unite4Labour: Derek Simpson and John Prescott fail to rally the faithful for Labour

But judging by the response from the floor, they failed.

First, talk about how nasty the Tories are.

Next, accept that Labour has many failings and elaborate on some to show that you are listening to the party’s base.

Then remind people how nasty the Tories are.

Say that you know people have gripes about Labour but they should save them for after the election because otherwise they will let the Tories in.

There were around 80 people in the room to listen to speakers including Unite joint general secretary Derek Simpson and John Prescott MP.

The meeting was made up of Labour supporters. Yet every single person who spoke from the floor criticised the party.

One woman said, “We’ve been privatised by the back door by a Labour council.

“When I go back to my members and say vote Labour, they’re not very happy. What am I supposed to say to them?”

Prescott had explained why he launched his Go Forth campaign 18 months ago, which revealed the extent of Labour’s problems.

“We were in a miserable state,” he said. “Membership was down, we were fighting over whether Gordon was good or bad, and we were losing safe seats.”

He said, “Repeating that the Tories are worse than Labour is not ultimately a winning formula”.

But he offered little else.

However, he repeated an attack on Mark Serwotka, the general secretary of the PCS civil service workers’ union.

At the NUT union’s annual conference Serwotka said, “If you judge the government as an employer, this is the worst government in the history of this country.”

Simpson said, “You may have read a report in a newspaper that I’m supposed to have called Mark Serwotka an idiot.

“Let me correct the statement. I said if it’s true what he said, it’s idiotic.” 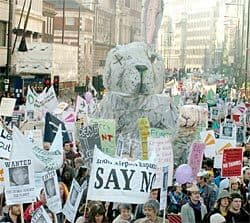 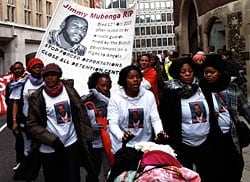 March demands justice for man who died during deportation 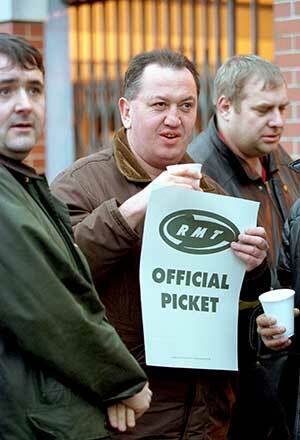