United we will crush the Nazis

Sunday 1 September, 11am, march from Manchester town hall, Albert square, to carnival at Platt fields park. For details phone the ANL on 020 7924 0333

A mix that the BNP hates

THE NAZIS do not have free rein to spread their race hate across the north west of England. That is the message of the Anti Nazi League’s carnival this Sunday in Manchester. Black and white are uniting in a show of force against the Nazis.

The British National Party hoped it could dominate the atmosphere in the north west since three of its councillors were elected in May. But anti-Nazis have held protests and fought to expose the Nazis’ true face. The carnival is a vital part of that battle to drive the Nazis back into the gutter. City Life, the leading listings magazine for the city, is running an article in its current issue that captures the spirit of the carnival:

‘Ms Dynamite, Doves, Miss Black America, Heartless Crew, The Shining and many more will join together to fight the rising tide of racism. ‘Love Music-Hate Racism’ could raise awareness of a problem that isn’t going away, and catalyse people into constructive action. On the strength of the line-up alone it will be a brilliant day out. But as you are dancing to Ms Dynamite, remember that regardless of geography this is one of the most serious threats around. And it’s happening on your doorstep.’

Heartless Crew were set to lead the Anti Nazi League’s demonstration through Manchester on the day. Other high profile acts have also given their support to the carnival. The event can give confidence to anti-Nazis everywhere to go out and build a wide movement to smash the Nazis.

HUNDREDS OF people rallied at St George’s Hall, Bradford, on Monday to protest at the sentences handed down to Asian people who defended themselves during last year’s confrontation with the police. One campaigner told Socialist Worker, ‘People should not be getting four-year and five-year sentences for picking up a stone.’

Trials of two dozen Asian men from Burnley who defended their community last year are due to start on Monday of next week. They are pleading not guilty, arguing that the police failed to defend the area from invasion by thugs inspired by the Nazi BNP. 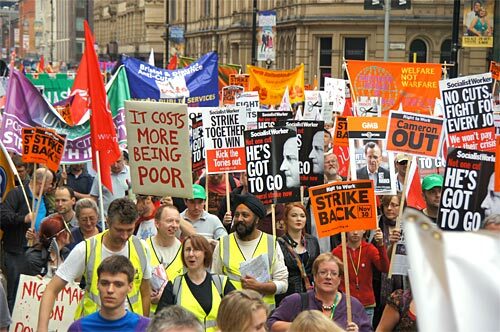