Cleaners at the struck today, Wednesday, in the first day of a 48 hour strike. Around 70 strikers and supporters joined a lively, noisy picket line at the university’s Senate House.

The cleaners’ strike is part of their “3 Cosas”, or three things, campaign demanding sick pay, holiday pay and pensions. They are members of the IWGB union, having previously broken away from the Unison union.

She said, “As well as the ‘3 cosas’ the workers at Garden Hall (student halls accommodation) are very insecure in their jobs. About 30 workers face losing their jobs. We have proposed they be given priority for any new jobs that come up. But bosses have ignored that.

“They say it would be discrimination and offered vacancies to the general public. There is no logic to what they are saying. In reality, it is them who are discriminating. Managers have their favourites, and they have already offered them the new jobs.

“Supervisors and managers have been trying to create fear so we wouldn’t come out, but we have lost our fear. We will continue striking until they give us what we want, and we will radicalise our action.”

Strikers received solidarity visits from local trade unionists, including from the Unison, UCU and PCS unions, as well as a good turn out of students from the campus.

Sonia said, “As trade unionists our job is solidarity, so when other university workers are striking next week on 3 December, of course we will be supporting them. If we are still in dispute we could strike with them.” 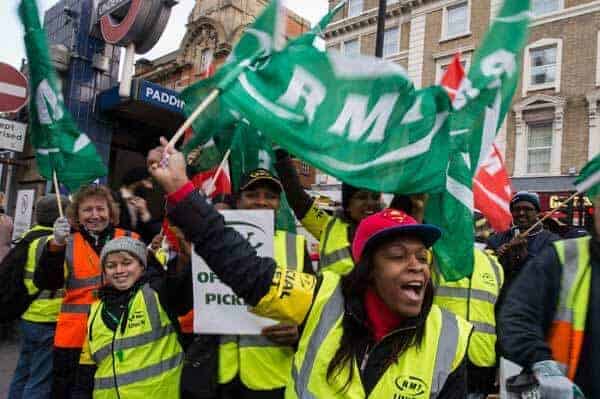 How London's migrant cleaners are fighting back against low pay