This article is over 9 years, 11 months old
Workers in Greece began a 48-hour general strike today, Friday. This is the second general strike in just one week.
By Patrick Ward
Downloading PDF. Please wait...
Friday 10 February 2012

The strike is in response to a new austerity agreement between the Greek government with the “troika” of the IMF, European Union (EU) and European Central Bank. This would impose even harsher job losses, wage reductions and spending cuts.

Panos Garganas, the editor of Workers Solidarity, Socialist Worker’s sister paper in Greece, spoke to us from Athens:

“Today’s strike was successful and very strong. We held a huge rally in Syntagma Square in front of parliament.

There was a show of strength by the bank workers. Their pickets throughout Athens from very early in the morning closed the banks.

There were banners blocking workplace entrances across the city.

And workers brought transport to a standstill, with strikes on the metro and buses.

Sometimes transport unions hold stoppages but not always a full walkout on strike days so people can get to the strike rallies.

But today people all came to the rally on foot, in cars and on motorbikes.

The strike has made the ruling class panic even more. The government has not yet finalised the agreement with the troika. The EU has sent an ultimatum that there must be a parliamentary vote this Sunday.

The government is under massive pressure. The fascists in the coalition have tendered their resignations—they were losing so much support that they couldn’t vote for the package.

Now the prime minister will need to decide whether to keep the fascists in the coalition even if they don’t vote for the budget.

The Pasok labour minister has also resigned over the details of the deal.

It is unprecedented in Greece to have a 24 hour strike followed by a 48 hour strike in the same week.

This is one step closer to an all-out general strike, which is one of our demands.

This is an emergency situation. Pressure from the IMF and EU, and pressure from below, has forced the trade unions to respond in a new way.

On Sunday parliament is set to vote on the troika agreement. It will be met with a huge protest outside, supported by all of the trade unions and the left.

This will draw on our experiences from the summer, of mass demonstrations and occupations of public squares.”

Next week’s Socialist Worker will feature extensive coverage of the general strike and further analysis of the state of resistance in Greece.

We will speak to Moises Litsis, who works for Eleftherotypia, the second largest newspaper in Greece.

“We have now been on strike since 22 December because our wages have been left unpaid for seven months,” says Moises.

“But now we’re launching our own newspaper, The Workers in Eleftherotypia, on Wednesday. This is part of a new wave of radicalism in the workers movement in Greece.”

And Costas Katarachias, a doctor and union general secretary at Agios Savvas cancer hospital in Athens, tells us about the move towards health workers seizing control of their workplaces.

“At Kilkis hospital they have already started taking the hospital under workers’ control,” he says. “The procedure is under way, but there are steps to taking full control.”

Striking east London bus workers: 'They pushed and we finally stood up'

'The government haven't broken us' 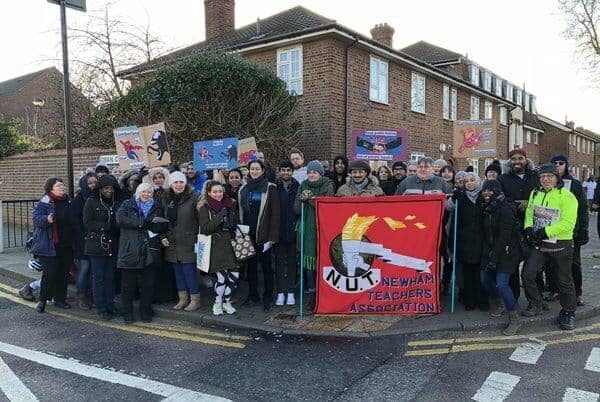