Up to 60 redundancies announced at Chemilines

This article is over 12 years, 11 months old
The dispute at the Chemilines pharmaceuticals factory in Wembley, north west London, took another turn for the worse this week as the GMB union called off further strike action and the company announced plans for up to 60 redundancies.
By Anindya Bhattacharyya
Downloading PDF. Please wait...
Tuesday 27 January 2009

The dispute at the Chemilines pharmaceuticals factory in Wembley, north west London, took another turn for the worse this week as the GMB union called off further strike action and the company announced plans for up to 60 redundancies.

The Chemilines workers, most of whom are Asian women, have taken two militant one-day strikes in recent weeks as part of their campaign for decent pay, dignity at work and an end to indefinite lay-offs.

Earlier this month the workers voted to escalate to a three-day strike, as well as holding a public rally and march to publicise their cause. But these plans were axed last week after an intervention from senior GMB officials.

Now Chemilines has written to workers outlining plans to make between 50 and 60 people redundant. GMB organiser Tahir Bhatti says the company will confirm these plans with the union later this week.

Workers held a meeting on Sunday of last week to discuss the letters announcing the redundancies and the future of their dispute.

Chemilines make money by importing drugs and cosmetics from Europe, India and elsewhere. It pays its workers less than £6 an hour to unpack these chemicals and repackage them for resale.

Now the company is claiming that the plummeting value of the pound against the euro has made European imports too expensive. This is its excuse for making workers redundant.

Whatever the current financial health of Chemilines – and workers only have the bosses’ word on this matter – this should not be an excuse for paying pittance wages and treating workers badly.

The company’s owners, Ravi and Jagdish Karia, are multimillionaires and well-connected in the Wembley area. They could easily have afforded to meet the GMB’s demands and could have been shamed into making concessions.

Instead it looks as if the fighting spirit of the workers has been frittered away. As the recession deepens there will be more disputes like this. Unions need to start fighting back rather than folding in the face of sob stories from the bosses. 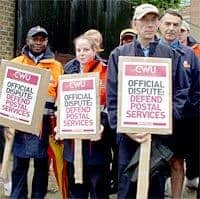 Southampton strike to save libraries and jobs 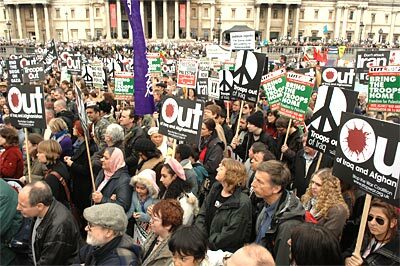