Strikers at the National Gallery have voted to bring their all-out strike forward to Tuesday of next week.

The decision follows the announcement by gallery bosses that their privatisation plans could be pushed through as early as Monday.

Outgoing gallery director Nicholas Penny told workers on Friday that private security firm Securitas had been given a contract to run gallery services.

Members of the PCS union at the gallery have been fighting the privatisation plans, which could see up to two thirds of gallery jobs outsourced, since January.

The strikers had previously planned to begin their all-out strike on 17 August. It had been expected that the privatisation deal would not be signed until the end of the month or the beginning of September.

But they agreed to bring the strike forward at a meeting yesterday, Tuesday, after bosses revealed they wanted to force through the sell-off as quickly as possible.

If signed, the deal would go through on the same day as victimised PCS rep Candy Udwin’s appeal hearing.

Gallery bosses suspended Candy ahead of the first walkout in January before sacking her in May.

The strikers are determined to fight on if the deal goes through.

But the battle is now in a crucial stage, and solidarity is urgently needed.

Just as the strikers are going all-out, so should trade unionists and campaigners massively step up their support. 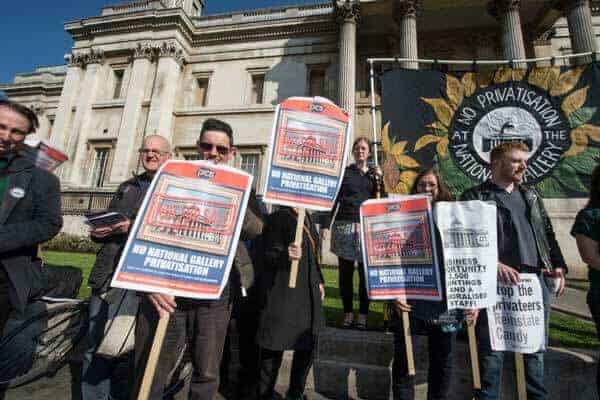 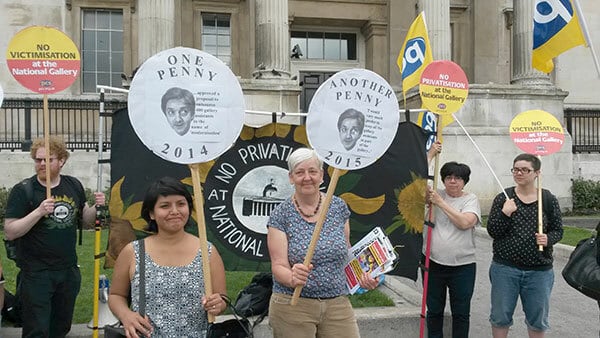 Go all out to build support for National Gallery fight