US extradition appeals refused for Babar Ahmad and Talha Ahsan

This article is over 9 years, 10 months old
The European Court of Human Rights refused an appeal on Monday into its earlier judgement on the extradition of five people from Britain to the US.
By Ken Olende
Downloading PDF. Please wait...
Tuesday 25 September 2012

The European Court of Human Rights refused an appeal on Monday into its earlier judgement on the extradition of five people from Britain to the US.

The four include British citizens Babar Ahmad and Talha Ahsan. The British government could now authorise the extradition at any time.

Home secretary Theresa May hides the case behind the unrelated extradition of Abu Hamza. But Hamza is the only one to have been tried in Britain.

Babar has been in custody without trial since 2004 and Talha since 2006. The US has accused them of terrorism-related offences connected to websites. Under the current extradition treaty, it does not have to provide any evidence of their guilt.

The accused argue that they are British citizens, accused of crimes that supposedly occured in Britain. Supporters are trying to launch a private prosecution to force the Director of Public Prosecutions (DPP) to say if there is case to be heard.

Talha Ahsan’s brother Hamja spoke to Socialist Worker after the court decision. “The European Court judgement is disturbing,” he said. “It gives the green light to extradite Talha and place him in pre-trial solitary confinement. It’s been a horrifying psychological ordeal for the family and for him”.

Talha won the poetry prize in this year’s Koestler awards. His poem Grieving is projected on a wall at the Festival Hall in central London until 25 November as part of the winners’ exhibition. Hamja said, “I find it poignant and painful that he could be gone before the exhibition finishes.”

Hamja is worried about the treatment his brother would receive in the US. “Talha has Asperger’s syndrome. He could wait three years before coming to trial. If he is convicted he could be held for life in solitary in a Supermax prison.

“I’ve looked into isolation since the case started. A lot of people don’t realise that solitary confinement is a form of torture. It is unfair and abusive”. 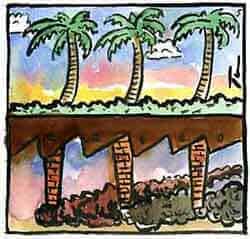 Biofuels: cure or a new threat?

Customers know who to count on