This article is over 17 years, 2 months old
THE MILITARY trial of a Guantanamo Bay detainee has been halted after a US federal judge ruled it unconstitutional.
Downloading PDF. Please wait...
Saturday 13 November 2004

THE MILITARY trial of a Guantanamo Bay detainee has been halted after a US federal judge ruled it unconstitutional.

Salim Ahmed Hamdan is facing terrorism charges for working as Osama Bin Laden’s driver. He is being defended by a US military appointed lawyer and can only hear excerpts of the evidence against him.

But on Monday Judge James Robertson of the US District Court in Washington ruled that the US’s military commissions broke the Geneva Conventions.

Hamdan “has, and must be accorded the full protections” of prisoner of war status, the judge wrote, unless a specially convened hearing decides otherwise.

The ruling follows a case brought by Neal Katyal, a law school professor who is acting as one of Hamdan’s civilian lawyers.

“The judge’s decision was designed to cover the case of Mr Hamdan, but the spirit of it potentially could extend more broadly to perhaps everything that happens at Guantanamo Bay,” he said.

Some 300 Guantanamo Bay prisoners have had their cases “reviewed” at military tribunals since June this year. Only one has been freed.

The US is seeking an emergency stay and appeal against the ruling.

Judge Robertson’s ruling is the latest in a series of legal setbacks for the US government over its indefinite detention of over 550 prisoners in Guantanamo Bay.

Last month an uncensored letter emerged from Moazzam Begg, a British student being held in solitary confinement at Guantanamo.

It accused the US military authorities of torture, death threats and illegal abduction.

Babar, who was badly beaten up while in police custody in December last year, faces being deported to the US.

If this happens he would face Guantanamo-style “justice”.

Stop Political Terror, which campaigns for those detained under anti-terrorism legislation, is urging people to send messages of goodwill to British political prisoners for Eid, the Muslim festival.

Go to www.stoppoliticalterror.com for more details. 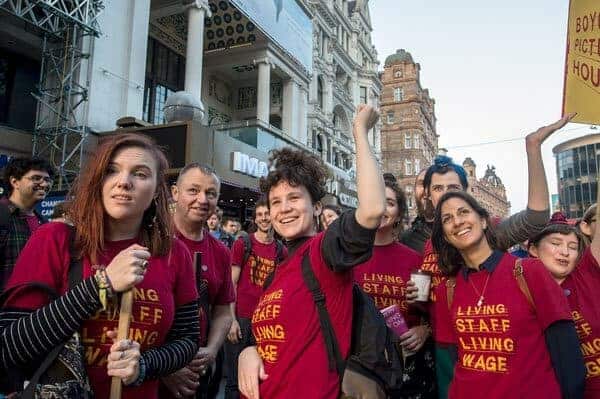 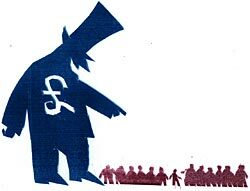 Support pouring in for Waterford occupation