This article is over 13 years, 3 months old
A US military attack on the Syrian border town of Abu Kamal has exposed growing divisions among the "coalition of the willing" behind the invasion of Iraq.
By Simon Assaf
Downloading PDF. Please wait...
Tuesday 28 October 2008

A US military attack on the Syrian border town of Abu Kamal has exposed growing divisions among the “coalition of the willing” behind the invasion of Iraq.

On Sunday of last week US military helicopters flew into Syria in daylight and deployed heavily armed troops.

They dragged a man known as Abu Ghadiyah, four children, a farm guard and his wife into the courtyard of their home and gunned them all down.

A fisherman was also killed in the attack.

Thousands of Syrians marched through the border town during the funerals chanting anti-US slogans.

The Syrian regime has denounced the attack as a “terrorist act”.

But the US excused these cold blooded killings as a “legitimate military action” on “terrorist infrastructure”.

The timing and target of the raid raise many questions.

The Syrian regime, which is dominated by the Alawite branch of Islam, has been reeling recently after a series of bomb attacks widely blamed on Al Qaida and other Sunni Islamist groups.

If Abu Ghadiyah was an Al Qaida leader, as the US claims, then the Syrian regime would have had no scruples in arresting him.

The US intelligence services acknowledge that for several years Syria has cracked down on the so called “foreign fighters” passing through its territory into Iraq.

Some commentators say that Syria’s recent moves to ease tensions in the region are the main motivation for the US attack.

The Syrian regime has been involved in peace talks with Israel and has formally recognised Lebanese independence.

This has brought it closer to France.

The US is also worried that a resurgent Russia is preparing to rebuild its ties with Syria.

Last month Russia reopened a Syrian port used as a Mediterranean base for warships.

The port was closed down following the collapse of the Soviet Union.

Embarassingly for the British government, the US raid came as foreign secretary David Miliband was due to hold a joint press conference with his Syrian counterpart.

Miliband “withdrew” from the conference as news of the attack came through.

The fact that the US did not warn its ally of the raid has left the British foreign secretary deeply compromised.

This raid could be part of a recognition that, as the US withdraws from the western part of Iraq, the resistance will once again take over.

Whatever the truth, by attacking a Syrian border town the US is sending a message that it is prepared to spread the “war on terror” over borders.

This is a dangerous turn of events.

It proves that, just as the war in Afghanistan has spilled over into Pakistan, the US and British war in Iraq could also spill over into Syria and Iran.

‘Surge’ into Iraq threatens to spill into Iran and Syria 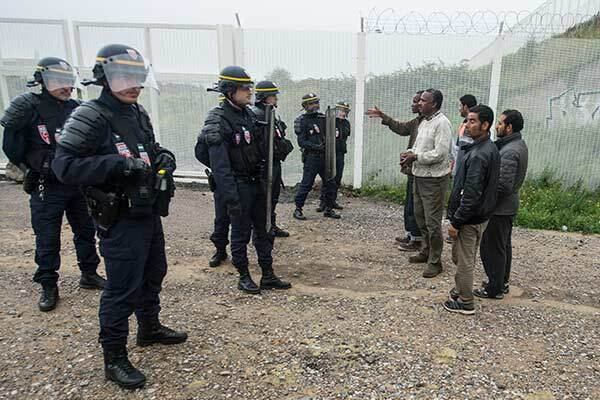