We still have the right to protest—and it’s necessary to defy the new laws whoever is the target
By Charlie Kimber
Downloading PDF. Please wait...
Thursday 28 April 2022 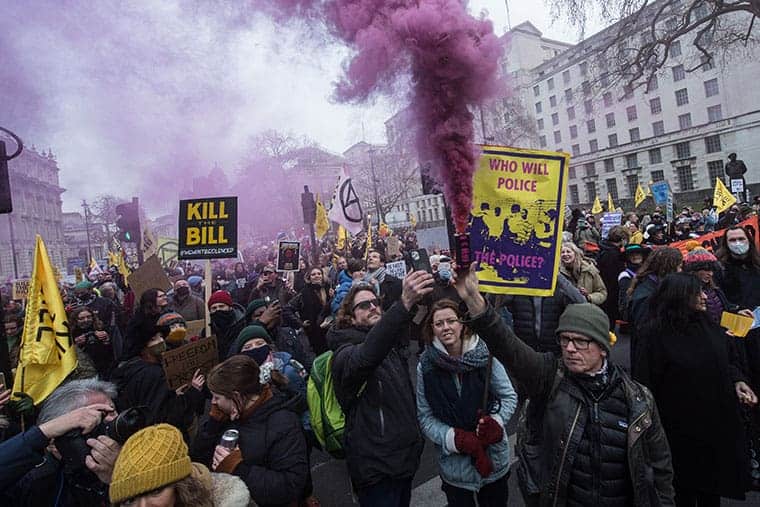 The Tories forced through a string of brutally repressive and racist measures into law on Wednesday. They have major implications for protesters, Gypsies, Roma and Travellers, refugees, migrants and black people. And in an outrageous symbol of its utterly ineffective opposition, Labour abstained on one of the final key votes over a government assault on refugee rights.

The Nationality and Borders Bill is a racist response to desperate people fleeing war and poverty. It will close even further any legal route to Britain and therefore push refugees into reliance on people smugglers. When there is no border, you don’t need a trafficker to move around. When there is a thicket of obstacles, you rely on gangs that overcome them for profit.

Just as the bill passed through the House of Lords, some peers tried to ensure that Britain would have to follow international regulations on asylum. The Labour Party told its members not to oppose the government. Labour lord Prem Sikka tweeted that in a vote of whether to force the government to comply with the Refugee Convention, “The vote was lost by 212-157. Labour abstained. I voted against the party whip. Today, the government abuses refugees, tomorrow it is you/me.”

The battle has to start today to defy the law, welcome refugees, block deportations—and repeal the new measures and all racist laws. Stand Up To Racism said, “Despite protests and campaigning, the bill is now law. We have to come together to resist its effects.”

The police bill, passed into law the same day, combines authoritarian populism, a desire to find scapegoats—and a tiny bit of fear. It ramps up state powers in a way that can be trumpeted as “dealing with the disruptive minority” in a search for Tory votes. It also means harsher treatment for groups such as Extinction Rebellion, Insulate Britain and Just Stop Oil.

These, along with Black Lives Matter, were specifically mentioned by the government during the debates around the bill and will now be criminalised further. But the powers can be used against any protester or trade union pickets. This is a deliberate and thought-through strategy to say that an otherwise good and functioning society is under assault by anti-democratic zealots. It will encourage every racist cop and every police officer who thinks all protesters are scum. And it lays up measures for when the level of struggle is much higher. This is the fear element, because the government knows there is deep anger that at some point could burst out more widely.

Across the globe, as crises multiply, capitalism becomes more authoritarian in order to deal with unrest. “Emergency measures”, “special powers” and new rounds of laws are the order of the day. There are fewer carrots on offer, so there is more stick in terms of ensuring compliance.

Labour did oppose most of the bill. But until the outcry after the cops’ assault on the Sarah Everard vigil, it was—again—going to abstain.

The law is a real assault. But it’s not true, as some people now say, that “protest is banned” or that “fascism has arrived”. The reason for the generally low level of strikes is Britain is not that Nazi gangs smash up the Unison and Unite union headquarters, murder union general secretaries and beat pickets with iron rods. That’s what happens under fascism.

A major problem is that many union leaders either fail to encourage—or actively block—any real resistance. And the unions should have fought against these new measures much harder. Equally, if the TUC union federation’s national demonstration on 18 June is only a few thousands, it won’t be because it’s been declared illegal.

It is perfectly possible to build a mass protest and launch more strikes. And having done that, it is necessary to defy the new laws—whoever is targeted. This is a foul and reactionary government. But we can still fight and win. The best way to defend protest rights is to use them.

The bill, as now passed, means measures including:

The Nationality and Borders Bill

The bill, as now passed, means measures including: 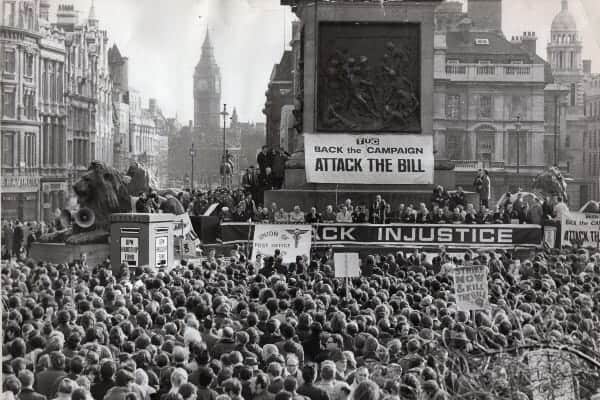 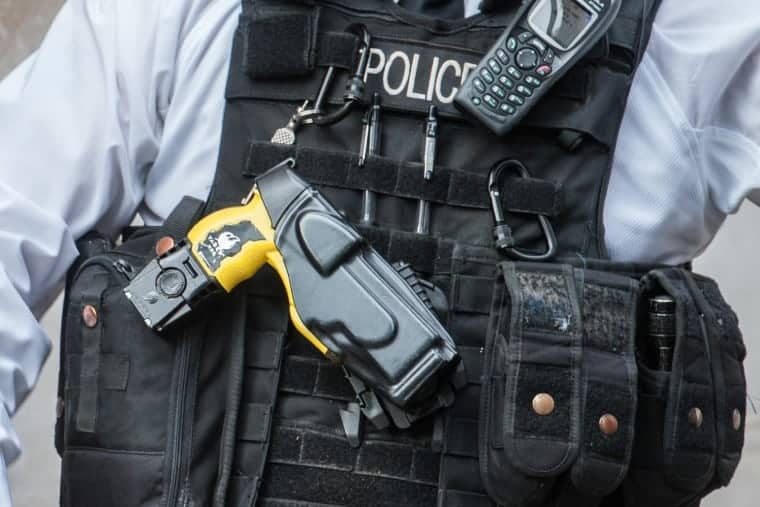 Reports into the Met come and go. Its institutional corruption remains