Victim is ‘on trial’ in IMF Strauss-Kahn rape case

Prosecutors claim that the hotel worker who accused him of rape has made false statements—and that there are “substantial credibility issues” with her accusation.

The statements relate to her movements after the alleged rape, her tax claims and income, and her asylum claim.

The world’s media has subjected her to a horrendous, unofficial trial. It shows the deep imbalance between rich and poor, and men and women.

Strauss-Kahn is one of the most powerful men in the world. Before the allegations he was the favourite to win next year’s French presidential elections.

He hired an expensive team of private detectives to uncover every aspect of his accuser’s life to discredit her.

His accuser is a 32 year old refugee from Guinea. Strauss-Kahn’s sperm was found on her.

He had a cut on his back, indicating violence had taken place.

Her past has been dragged up and used against her—but what about Strauss-Kahn’s past?

This isn’t the first time he has been accused of sexual violence.

French writer Tristane Banon is to file a lawsuit against him for attempted rape in 2002. Strauss-Kahn is threatening her with a counter-suit for defamation.

She described him as acting like a “rutting chimpanzee”.

She said Strauss-Kahn leapt on her, wrenched open her bra and tried to unbutton her jeans, but that she managed to kick him off.

Her mother talked her out of taking legal action at the time.

Banon said, “I can no longer hear that I am a liar because I haven’t made a legal complaint.

“If [the hotel worker] lied about certain things, that doesn’t necessarily mean she lied about the rape.

“For me it has become unbearable. And today, to see Strauss-Kahn no sooner free than eating in a luxury restaurant with friends makes me ill.

“For once I want to have control over what is happening to me. I want to be heard because perhaps, finally, there’s a chance I will be listened to.”

People in Strauss-Kahn’s circle told reporter Philip Gourevitch that, “He grabbed women in elevators, he cornered them in gardens, and if they resisted he liked to pursue, with phone calls and text messages.”

He was also caught backdating documents to justify his fees for legal work.

But men’s past behaviour does not count against them in rape cases—unlike women’s.

The case reveals the deep sexism of the society we live in—and how class determines “justice”.

How union-sponsored MPs betrayed their backers in abortion vote 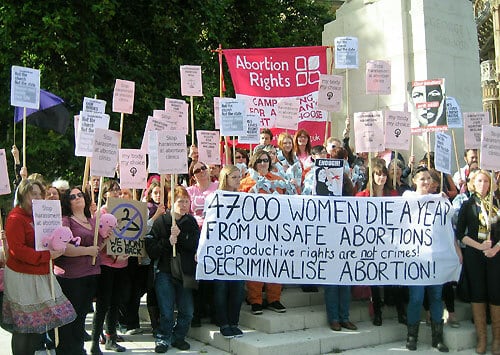