Victory for campaigners as council backs off from bedroom tax evictions 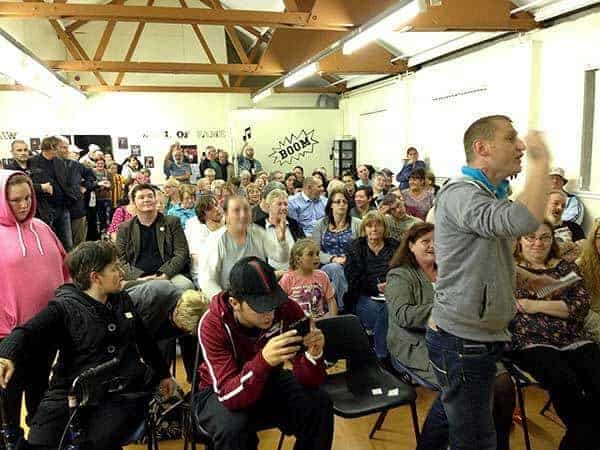 Campaigners in Viewpark, Uddingston, scored a massive victory against the bedroom tax, forcing council to back off from threats to evict tenants.

More than 140 people packed into a community centre for an angry and vocal public meeting last night, Thursday, following council threats to begin eviction proceedings against tenants by Monday of next week.

Disabled single mother Lorraine Fraser had been set to be the first to lose her home, over the £248 bedroom tax arrears on her children’s bedrooms. She was sat in the front row.

Council leader Labour’s Jim McCabe had been a staunch opponent of calls for councils to adopt no-eviction policies.

But after six months of campaigning by Viewpark Against the Bedroom Tax—part of the Scottish Anti Bedroom Tax Federation—he was convinced he had no choice to attend.

Before the meeting was over he had pledged to call a special meeting of the council and put in place a six month policy of no evictions over the bedroom tax—and to write to Labour leader Ed Miliband and Scottish Labour leader Johann Lamont asking them to call for a repeal of the bedroom tax.

There is still much to fight for—but the alliance of tenants, trade unionists and campaigners has beaten back the threat to evict and others.

“It’s fantastic,” said . “I’ve been to meetings before, but I’ve never seen anything like tonight.

“I’m very pleased about the council’s decision—if they actually go through with it then I won’t be forced to leave my house.” 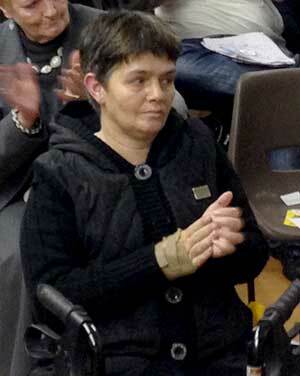 Disabled single mother Lorraine Fraser said the meeting was ‘fantastic’. She had been first in line to lose her home (Pic: Josh Brown)

Tommy Sheridan, chair of the Scottish Anti-Bedroom Tax Federation, said, “We have to recognise this victory. Local campaigners have stood together and forced the council to backtrack.

“Now councillors should apologise for intimidating some of their poorest tenants. We all must come down on the side of the poor and disabled. Together we can defeat the vile Tory bedroom tax.”

McCabe also took a grilling over his treatment of when she had challenged him over her threatened eviction.

So did council boss Gavin Whitefield, over accusations that the council was not being open about its criteria for giving out discretionary housing payments to those hit by the payments.

North Lanarkshire council is ’s biggest council landlord with 36,000 tenants—6,000 of them hit by the bedroom tax.

One tenant stood up and told McCabe, “You try living on £50 per month.

“That’s what I’m left with after all the reductions to my benefits. They take everything away from us until we have nothing left.”

Campaigners from other bedroom tax groups had rallied in solidarity with Viewpark tenants. Keir McKechnie from Dennistoun Against the Bedroom Tax in told the politicians in the room, “We’re building a mass campaign of civil disobedience against evictions and we want you to join us. If you don’t, you will be our enemy.” 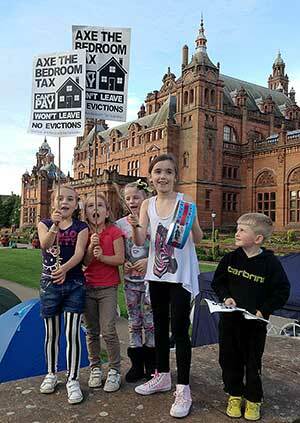 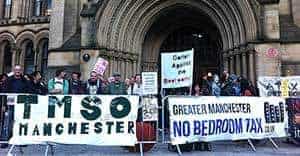 Bedroom tax victims decide to sleep on it