This article is over 9 years, 8 months old
Teachers in an east London school have won a significant victory as part of a national campaign over workload and conditions.
By Paul McGarr, Tower Hamlets teacher
Downloading PDF. Please wait...
Tuesday 16 October 2012

Teachers in an east London school have won a significant victory as part of a national campaign over workload and conditions.

The NUT and NASUWT unions began action short of a strike by instructing members not to comply with certain duties. This includes refusing to cooperate with “mock Ofsted” inspections and some observations.

The headteacher at Tower Hamlets’ Bishop Challoner school was insisting on a mock Ofsted and had failed to negotiate a proper agreement on observations.

The NUT called teachers out on strike for three days this week, on full pay. But the head backed down within hours and the strike was called off. Management has dropped the mock Ofsted and negotiations are beginning on a proper policy on future lesson observations.

This excellent result shows that the workload campaign can win real gains and the example should be spread. NUT and NASUWT members also need to continue to press union leaders for the national strikes that are needed to beat the government on pay and pensions.

NUT members backed strikes in a recent ballot. Teachers should circulate the petition launched by the NUT in Tower Hamlets that calls for the unions to start national strikes this term.

Some in the NUT are arguing that it cannot strike unless and until the NASUWT agrees. This has never been the position of the left or the right within the NUT over recent decades.

United action would be good. But we cannot wait indefinitely. The NUT needs to be ready to strike with the NASUWT if possible, but without if necessary.

Teachers at Connaught School for Girls in Leytonstone, east London, struck on Tuesday of this week against plans to turn the school into an academy. The strike by NUT union members shut the school.

A final consultation on the academy plan ends this week. Governors are set to meet on Wednesday of next week to make a final decision. Many parents oppose the academy plan and sent solidarity messages to strikers. 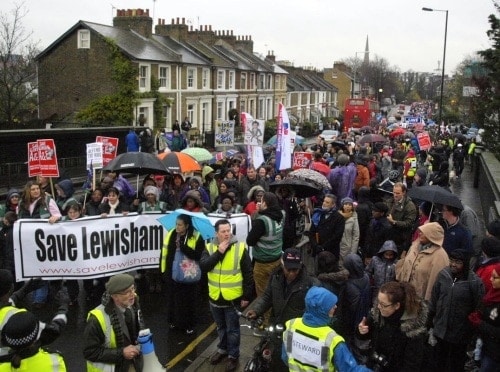 Lewisham marches to defend its A&E and maternity services

Vote for action over pay at Stagecoach 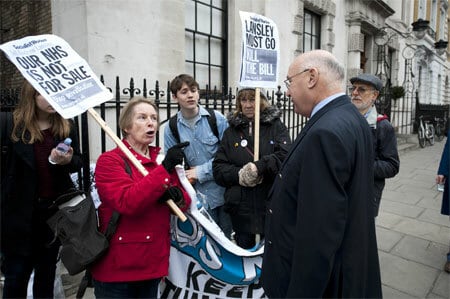