This article is over 11 years, 6 months old
After a four-year battle for justice, sacked and victimised nurse Yunus Bakhsh has won a landmark victory at an employment tribunal.
Downloading PDF. Please wait...
Friday 23 July 2010

After a four-year battle for justice, sacked and victimised nurse Yunus Bakhsh has won a landmark victory at an employment tribunal.

The judgment finds that he was unfairly dismissed by Northumberland Tyne and Wear NHS Trust because of trade union activities, and that he also suffered disability discrimination.

His employer, a mental health trust, sacked him for being an active trade unionist and for being on the sick with depression.

A remedies hearing will now take place to determine damages and other matters.

The finding entirely vindicates Yunus’s long campaign to reveal the truth about what happened at the Trust after he was suspended from work in 2006.

He was attacked by his employer, by his own union, and by BNP members – but he won.

‘I want to thank very much everyone who stood by me through a long and difficult time,’ Yunus told Socialist Worker. ‘This is a victory for us all and a success for every trade unionist. We want no more union victimisation, and we need no more union witch hunts.’

Such a clear judgment has implications for the employer and for the Unison union. Unison used essentially the same ‘evidence’ as the Trust to expel him from the union. And the union leaders then told Yunus he had no chance of winning his case at an ET and refused to fund the challenge.

He has been sustained by socialists and trade union supporters.

Those responsible for the unfair dismissal should be sacked from the Trust.

Yunus should be immediately reinstated to Unison, and celebrated as someone who has stood up to anti-union bullies.

Full story in next week’s SW. For background go to Bosses on trial at employment tribunal and Yunus’s accuser was Facebook friend of Nazi 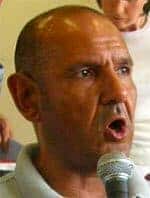 MPs back Yunus's struggle for justice 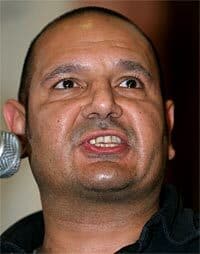 Why is Yunus treated as Unison’s enemy within?