Visteon workers demand that Ford pays up on pensions

The march took place one year since Visteon, a subsidiary company that Ford created in 2000, announced that it was bankrupt and sacked hundreds of workers with no notice or redundancy pay.

Workers occupied their factories and forced Ford to pay out redundancy packages. But Ford still refuses to pay their pensions.

Over 300 ex-employees and their supporters travelled from Belfast, Swansea, Basildon in Essex and Enfield, north London, to join the march.

Terry Thomas, a former Ford worker from Swansea told Socialist Worker, “I always thought my pension was set in stone. But attacks like this seem to be rife now.”

Workers may have to rely on the Pension Protection Fund (PPF) if Ford refuses to pay. If this happens, they would not receive all their pension entitlement. Some would lose as much as half.

“I worked for Ford for 31 years,” said Len Tencock. “I’m losing 10 percent of my pension. Ford guaranteed our terms and conditions, including our pensions, when we transferred to Visteon.

“Now they’ve forgotten about us.”

Elizabeth Boakye worked at Visteon’s Enfield site and was part of the occupation there last year. “A lot of other companies are watching Ford,” she told Socialist Worker. “If Ford gets away with this, they will all try it.

“Lots of people are already under attack. I support the workers at British Airways – I know how they feel because of what has been done to me.”

Julie Belch, whose husband worked for 38 years for Ford and Visteon in Basildon said, “These workers gave their all for Ford but Ford doesn’t care about them.

“It’s heartbreaking. It puts your life on hold because you can’t plan anything. Bosses seem to want to cut everything to the bone, make people exist on the bare minimum. It could be anyone next.” 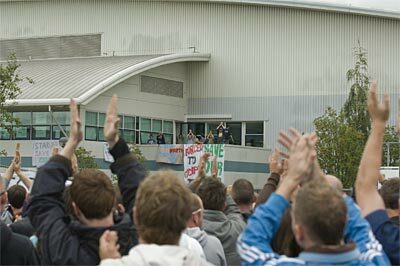 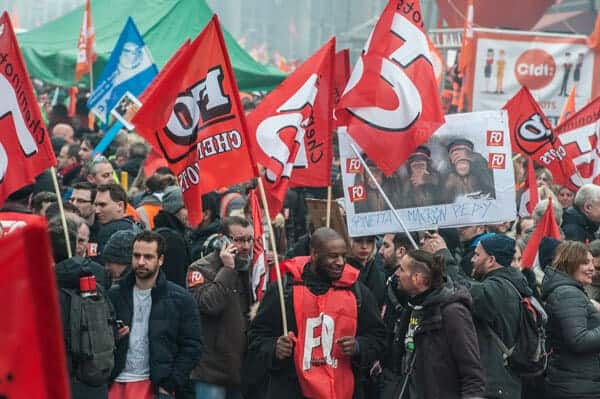