By a Civil Servant

ACTIVISTS around the country are distributing leaflets for Mark Serwotka, who is standing in the election for PCS union general secretary. Mark works in a local benefit office while Hugh Lanning, who he is standing against, has only ever worked in the remoteness of union headquarters.

Low paid civil servants in local job centres and social security offices work under tremendous pressure. They are forced to implement the government’s punitive benefits regime, which in many ways is worse than the Tories. I saw one worker facing this kind of stress in tears last week. PCS members can identify immediately with a candidate who understands their experience from first hand.

One rep in Tottenham was shocked to discover that the union is planning to spend nearly as much money on a retirement party as was paid out in strike pay last year. He decided to back Mark.

No wonder there is a lot of cynicism and apathy about the union. Mark’s campaign is the antidote. Whenever his message that it’s time to change things reaches ordinary civil servants it gets a resonance. Lanning supports the government’s “modernisation” agenda.

He openly advocates partnership with the bosses. He stands for more of the same. Next year New Labour will set up a Working Age Agency which will mean an intensification of the drive to get everyone claiming benefits into jobs, no matter how unsuitable or low paid.

It will mean the return of the workhouse philosophy alongside the means test in the 21st century. For civil servants it will mean job losses and more privatisation. The choice between Lanning and Serwotka is a choice between the past and the future.

Do we have a union run by Tony’s cronies or for the benefit of the members? Around the country more and more activists are realising that the stakes are sky high in this election. Civil servants in Sheffield are organising a fundraising benefit for Mark. They are tapping into the mood for change that exists everywhere.

Many members will still not have voted. Ballot papers will be sitting in overloaded in-trays. The clock is ticking. Activists should grasp this opportunity to change the union with both hands. 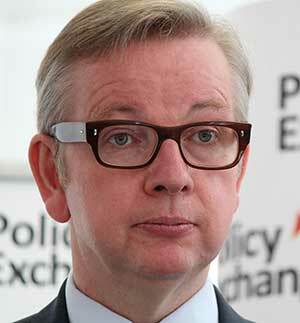 'Tories' Prevent strategy pressures teachers to be against Muslims'