Vote to save mail centres

The Three CWU branches in the current ballot for strike action over mail centre closures are the Coventry area branch, the Eastern No 6 branch and the Northamptonshire amalgamated branch.

Their solidarity and history is well documented and the stand they are taking against the closure and merger of mail centres is to be applauded by all.

An industrial alliance formed between the branches to maximise the campaign among the membership in the three areas has been intensified. Joint letters signed by the three branch secretaries, supplemented by joint letters at regional level, show the unity within the membership.

Getting a yes vote will be tough, but we are confident we can deliver.

Back in 2003 the mail centre in Northampton was burnt down in an arson attack. Since then postal workers have been housed in temporary locations which give nothing more than warehouse conditions.

In early 2004 Royal Mail announced a review into postal services in Northampton. Following that announcement branch officers from the Coventry area, Milton Keynes, Peterborough and Northampton all met to discuss a campaign to save the mail centre in Northampton.

The local press were invited and, in full view of the local media and Royal Mail, each branch pledged not to handle Northampton work until a new mail centre was agreed.

At no point did Northampton ever campaign for a mail centre at the expense of jobs and services elsewhere. Royal Mail deceived the workers before announcing the bombshell to close Coventry and Milton Keynes.

These three branches of 6,500 workers are acting as one. Standing shoulder to shoulder, they are fighting in solidarity for jobs and services. 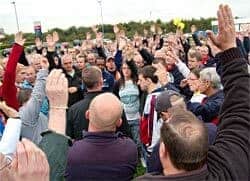 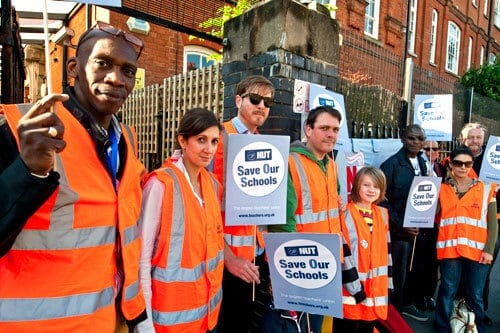