This article is over 20 years, 4 months old
WORKERS AND social service users on a 200-strong lobby of Wakefield council were jubilant last Wednesday when the Labour council was forced to retreat from its proposal to cut £1.9 million from provision for the elderly and disabled.
Downloading PDF. Please wait...
Saturday 22 September 2001

WORKERS AND social service users on a 200-strong lobby of Wakefield council were jubilant last Wednesday when the Labour council was forced to retreat from its proposal to cut £1.9 million from provision for the elderly and disabled.

People hugged each other and cheered as the victory over plans to cut home care jobs, close elderly people’s day centres, close respite beds and increase charges was announced. The campaign and the call for the lobby were initiated by Wakefield and Pontefract Socialist Alliances.

One senior shop steward said, ‘We’re under no illusion that the council and the social services department won’t come back with fresh proposals to find their cuts, but with this victory under our belts we will be ready and waiting for them.’

Mick Griffiths is standing as a general anti-cuts and anti-privatisation candidate in the by-election in Wakefield’s Horbury ward.

This was a total victory after months of campaigning against Tory and Liberal Democrat proposals to close or privatise more than 100 elderly care beds to save £310,000.

Labour councillors who opposed these proposals acknowledged that it was the sustained campaigning by the Residents Action Group for the Elderly and UNISON members that forced the climbdown.

UNISON members made it clear that they were prepared to take strike action if necessary to defend the homes. Another demonstration, also supported by Medway Socialist Alliance and Medway Pensioners Forum, met councillors as they arrived for the meeting. Care home worker Glenis Cozens said, ‘We are overjoyed. We fought so hard for this.’

THERE IS massive opposition to plans by Kirklees council to close three more old people’s homes. Thousands of signatures have been collected on the streets. Over 100 people packed a public meeting on 10 September in Dewsbury. Speakers from the Residents Action Group for the Elderly and UNISON addressed the meeting.

They spoke of the horrors of home closures across Britain and how they can be saved legally, politically and industrially. Local Labour MP Mike Wood told five councillors who attended the meeting it was time they developed a bit of ‘backbone’ and stopped council homes being closed.

The campaign took to the streets on Saturday in Cleckheaton. Local people, residents, staff from a threatened home and trade unionists marched from the home to the town hall. A further march is planned for Saturday in Dewsbury.

SEFTON COUNCIL workers are poised to step up their fight unless the closure of old people’s and children’s homes is reversed.

Over 1,000 social services staff in the UNISON union have staged a series of strikes against the closures and the job losses that will result from them. Last week the council appeared to offer concessions-the reopening of two homes. But the union then learned that two other homes would be closed in eight weeks time.

The local union committee is recommending that the council deal be rejected. This would trigger an all-out strike by 1,200 workers in social services and the finance department. 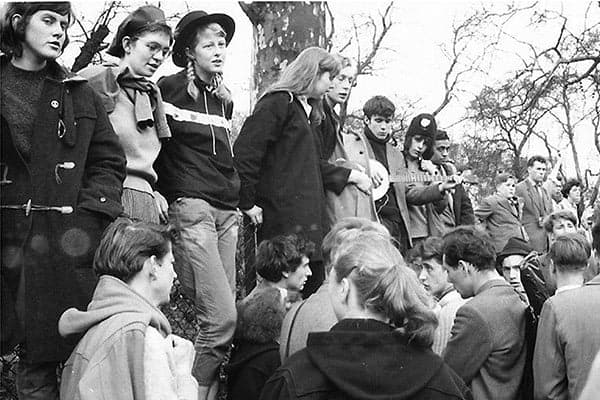