Students and workers at Tower Hamlets College, east London, are involved in a rollercoaster campaign to stop education cuts and defend jobs.

The planned cuts would hit teaching of English for Speakers of Other Languages (Esol) particularly hard.

Over 200 workers and students walked out in a lunchtime protest at these plans on Monday of last week. We occupied the canteen the next day to demand negotiations with the principal.

Further action included a stunt at an awards ceremony with teachers ripping open their jackets to reveal “Stop Esol Cuts” T-shirts and a lobby of the principal.

The week ended with a 400-strong protest. Adults and 14–19 year olds linked up with a large delegation of Muslim women on Esol courses. Local union reps addressed a rally.

This week the UCU union begins a ballot for strike action to stop compulsory redundancies. We hope to coordinate action with other workers fighting job losses. 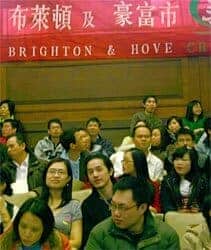 Court bid fails to save libraries 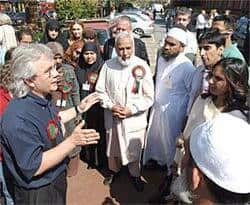