The workers are protesting over the introduction of new contracts that will force them to reapply for their jobs. Under the new contracts workers could lose up to £2,500.

According to one worker, “The new contracts were introduced as a fait accompli.

“They want us to work a four day week and take a pay cut.

“We’re angry that they want us to work harder for less money.”

The members of the GMB, Unison and T&G unions had voted by over 70 percent for action and are now continuing their action by carrying out a work to rule and a ban on overtime.

Anger and determination as hundreds pack Unite the Resistance meeting

Victory as the military are kicked off North London campus 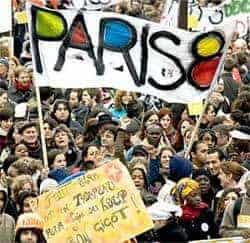