We can defend our hospitals

This article is over 8 years, 8 months old
By Sarah Ensor
Downloading PDF. Please wait...
Tuesday 14 May 2013 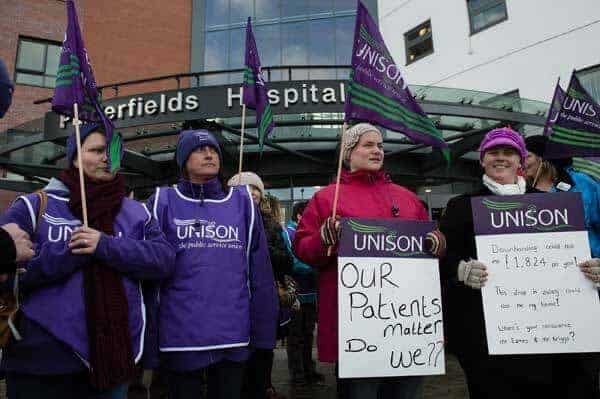 Cuts and closures have brought the NHS to the brink of crisis—and the human cost is already mounting.

Death rates of emergency patients have jumped by more than a third in Newark, Nottinghamshire, where the A&E was closed two years ago.

Ambulance staff in Manchester and Norwich have reported having to wait for hours with patients queuing to get into A&E.

Yet another 34 A&Es across Britain are threatened with closure or downgrading.

But campaigns to save hospital services express the mood to fight for the NHS.

Thousands of people were set to march to defend the NHS in London on Saturday of this week.

Tens of thousands have marched in Stafford and in Lewisham, south east London. Even small towns have seen demonstrations in the hundreds.

Ambulance workers in Yorkshire struck to defend their service from bosses’ attacks on conditions last month.

And some 3,000 workers are being balloted for strikes in the Mid Yorkshire Hospitals NHS trust.

This follows nine days of strikes by 400 medical secretaries and admin workers at the trust. They are fighting job and wage cuts.

Andrea Busfield is a medical secretary at Mid Yorkshire’s Pinderfields Hospital where they are struggling with too few staff.

She told Socialist Worker, “Everyone’s fed up and the majority of us are up for a fight.” The secretaries organise appointments, treatment and aftercare.

“We’re struggling with workloads, running on the bare minimum and there’s increasing pressure,” added Andrea. “We can’t deliver the service if it’s reduced to this level.

“They keep moving staff around, so whenever one department gets more staff it means that another starts struggling.”

Tory plans for carving up the NHS rely on hundreds of attacks on services and health workers.

Strikes can make them impossible to implement.

And there is not a single group of health workers anywhere in Britain that doesn’t have an issue that they could strike over.

It could be job losses, a wage freeze or attacks on conditions.

We need to build strikes and demonstrations to bring down the Tories and save the NHS. 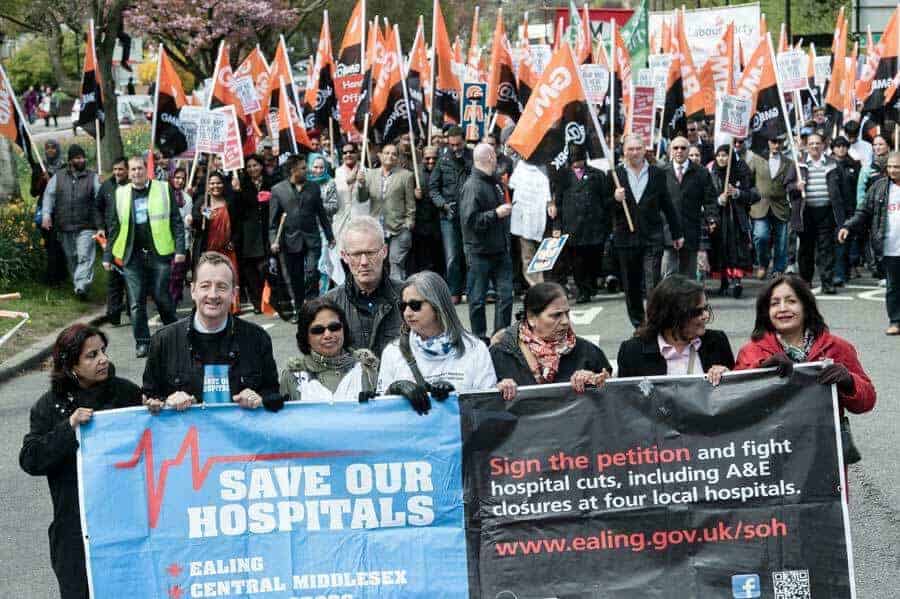 Tories put NHS under the knife