We can still stop the tube privatisation

We can still stop the tube privatisation

FEELINGS OF bewilderment and fury swept tube workers last week. Their strike was called off just hours before it was to begin. The RMT union suspended the 24-hour strike on Wednesday after a disgraceful attack by TUC leader John Monks. Tube bosses had been forced to make significant concessions over safety and job security.

And Blair was forced to allow Ken Livingstone’s transport supremo, Bob Kiley, to negotiate with firms bidding to run the tube. But this is still based on the assumption that tube privatisation will go ahead under New Labour’s PPP scheme. RMT union reps made exactly that point at an angry 160-strong meeting on Tuesday of this week.

Some 24 out of 25 speakers slammed the decision to suspend last week’s strike. “I came out over privatisation. That’s still the issue,” said one. There was applause for calls to strike for two days during the week of the general election. Tube workers know they will face pressure from union leaders not to do that. John Monks wrote to union leaders to “formally request” that they called off the strike last week.

The Tory London Evening Standard revelled in printing Monks’s call on its front page. He echoed London Underground management’s threats that concessions made to the RMT could be withdrawn if the union struck. RMT leaders were wrong to bow to the pressure and suspend the action. “Many of us expect it from Monks and even from Jimmy Knapp, the general secretary of the RMT,” said one RMT member on the Victoria Line. “But Bob Crow, our assistant general secretary, has played a good role up to now. He encouraged us not to cross picket lines when ASLEF union members were striking officially and our action had been declared illegal in the High Court. There is no way he should have gone along with calling off the strike.”

PPP means breaking the tube up and giving three consortia control over maintaining different groups of lines and stations. It means private companies directly making a profit out of the tube. The preferred bidders to take over the tube lines were announced last week. Killing

They include Balfour Beatty, the company responsible for maintaining the track which shattered at Hatfield last October. Bechtel is also leading a consortium. It tried to break union organisation among electricians on the Jubilee Line Extension. Agreements with London Underground management will mean little if these sharks get their hands on the tube.

RMT leaders were considering what to do next as Socialist Worker went to press. Tuesday’s reps meeting showed that only organised rank and file pressure can ensure action is taken to sink privatisation.

NEW LABOUR fears a campaign against the tube sell off during the general election. So Blair stepped in on Thursday of last week to defuse it. He said Bob Kiley could take over negotiations with the companies bidding to run the tube.

It is a tactical retreat by New Labour. It is not the end of privatisation. That’s what the government wants to impose. John Prescott says he is “delighted that we have now found a way towards unified management control within the framework of PPP”. So the principle of privatisation remains, including the disastrous idea of separating those running the service from those owning the track.

Tube workers and three quarters of people in London oppose tube privatisation. Tube union leaders got a legal ballot for action by declaring a formal dispute with London Underground about various consequences of privatisation. The threats to safety and job security are still there.

More importantly, so is the mood among tube workers and the public for a militant campaign, including industrial action, against privatisation as a whole. 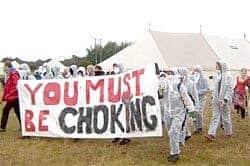 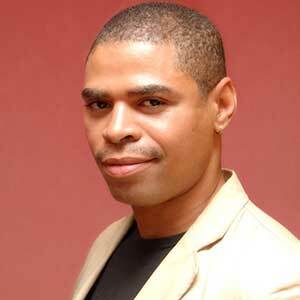