There is a growing fear that US policies in the Middle East are stoking up sectarian tensions in Lebanon, and threatening a return to civil war. These fears have drawn people into the streets to protest against US interference in the country.

On Tuesday 8 March up to one million people, almost a third of the country, demonstrated against US demands that Syrian troops leave the country and the resistance organisation Hizbollah be disarmed.

It was one of the biggest demonstrations Lebanon had ever seen. But this was not the demonstration splashed across the world’s media on 14 March, and applauded by Bush and Blair.

On 8 March people held placards with a simple slogan — “No to US interference in Lebanon.” The march was called after weeks of the so called “cedar revolution”—anti-Syrian protests backed by right wing parties and blessed by George Bush and Tony Blair.

George Bush, who hailed the anti-Syrian protests as a new “tide of democracy spreading over the Middle East”, was silenced by the scale of the march.

One of the 8 March protesters was Maher, 25, from the mixed Ras al-Naba quarter of Beirut.

He said, “I agree that Syrian troops should leave the country, but I don’t want them to be replaced by US troops. Let us not forget what the Americans are doing in Iraq.

“Why should I trust the UN? The same organisation hasn’t stopped Israeli aggression in south Lebanon, nor have they implemented UN resolutions over Palestine.”

Many of the people who marched fear that Israel and the US are trying to exploit tensions in the country.

Maher says, “The Israelis are the biggest terrorists in the region. I want Syrian troops to leave the country, but I don’t want there to be a racist war against the Syrians, the Palestinians, or other Lebanese communities. I don’t agree with everything Hizbollah says, but I feel I need to have my voice heard.”

Despite the unity against US plans for the region, there are many who feel that neither the “opposition”, which is backed by the US, nor the “loyalists” who support Syria, have answers to Lebanon’s problems.

There is also a great fear that the country could be splitting along sectarian lines.

Some people protested against the assassination of former prime minister Rafiq Hariri and the presence of Syrian troops. Then they joined the Hizbollah-backed demonstration because they are also opposed to US plans for the region.

Nader, a 22 year old student from the Arab University in Beirut, at first joined the opposition demonstration, but found himself disagreeing with the aims of the “cedar revolution”.

He says, “I went to the demo, but when I tried to discuss issues I disagreed with, like US interference, sectarianism and the neo-liberal policies implemented by Hariri’s government, I was accused of being a “loyalist” and a member of the mukhabarat [secret police].

“So I joined the demonstration called by Hizbollah.”

Over the last ten years both the loyalists and the opposition have implemented harsh neo-liberal policies that have pushed thousands into poverty.

Last Sunday the Lebanese Communist Party and other left wing groups drew over 3,000 people to a meeting to protest at the rising sectarianism in the country. The left has called for a full withdrawal of Syrian troops and a rejection of US interference. 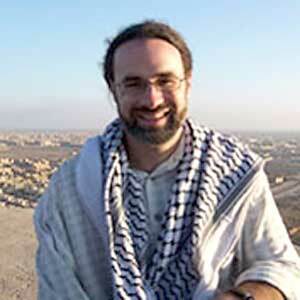 Dahr Jamail on his experience of the Iraqi resistance 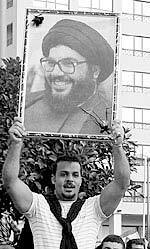 Why Hizbollah will keep up the struggle