Its conclusions will shock even those of us who’ve seen previous IPCC reports sounding the alarm
By Martin Empson
Downloading PDF. Please wait...
Thursday 03 March 2022 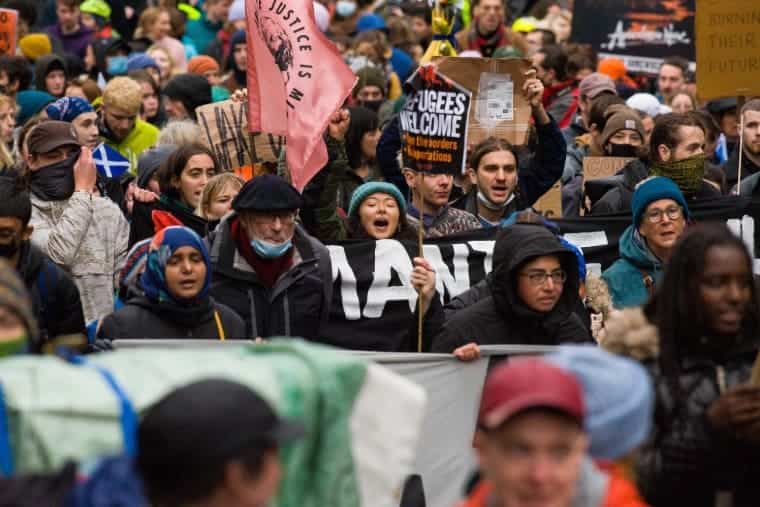 The IPCC assessment on “impacts, adaptation and vulnerability” updates their major report from last year. It highlights the impacts on human society and ecological systems—and concludes that the “extent and magnitude” of the environmental crisis is far greater than previously estimated. “Widespread deterioration of ecosystems” with irreversible damage to biodiversity and fundamental changes to ecological systems has already taken place.

We have not yet reached a point of no return, but the authors emphasise that in many cases the impact of climate change is already irreversible. While action to limit global warming will reduce the cost and damages of climate change, it cannot stop them.

The situation is expected to rapidly worsen without fundamental action. The IPCC reports, for instance, that in some areas extinction rates are expected to double if warming reaches 2 degrees. But they will increase tenfold if the temperature reaches 3 degrees.

Even those who have seen successive IPCC reports sounding louder and louder alarms will be shocked at some of the conclusions. Climate change has already “reduced food and water security”. This has increased the emergence of diseases in humans and animals, including zoonosis—the way that diseases such as Covid can jump from animals to humans. Heatwaves are both more common and more intensive especially in cities, and have “aggravated air pollution” and “limited functioning of key infrastructure”.

There is not an area of the world that is unaffected by climate change. But by breaking down the impacts by region, the IPCC demonstrate that the poorest areas of the world are most affected. The impact is unequal—vulnerability to climate change “is higher in locations with poverty, governance challenges and limited access to basic services and resources”. Between 2010 and 2020, these areas saw a 15-fold increase in deaths, when compared to areas of low vulnerability. Vulnerability worsened was by injustices “linked to gender, ethnicity, low income or combinations thereof”.

Almost every part of our society is affected – the availability of fresh water, soil health, food security, disease risk and infrastructure destruction. Millions of people will suffer hunger, water shortages and are likely to become migrants and refugees. 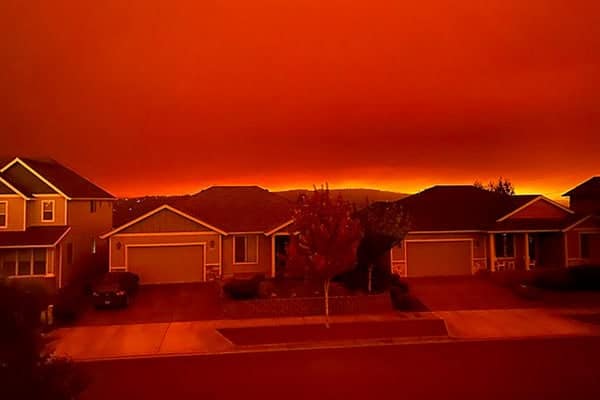 The report makes it clear that, while there are solutions, they haven’t been deployed quickly enough. In some cases the misuse of technological fixes—for instance, the planting of forests in unsuitable areas or “poorly implemented” bioenergy—has made climate change worse.

The longer the delay to bringing in real solutions to climate change, the worse the crisis will become. The problem is that action so far has made little difference and tends to push the problem further into the future. At the same time, the report makes it clear that solutions that challenge inequality, and climate injustice and empower local communities can make real differences.

It would be easy to respond with despair. Instead, we must reply with anger. While the IPCC report isn’t explicitly “political”, it demonstrates that capitalism both drives climate change and makes the impacts worse. It pushes the suffering onto the poorest and most marginalised peoples.

The IPCC report was published a few days after Russia invaded Ukraine. The same system of capitalism competition that drives environmental disaster is also prepared to sacrifice the lives of millions as rival states battle to further their interests.

What the IPCC report makes clear is that without a revolutionary challenge to capitalism—humanity will burn from global warming, or in the fires of nuclear war. To paraphrase Rosa Luxemburg, the choice facing us is socialism or extinction.