This article is over 16 years, 6 months old
While the full details were not completely clear at the beginning of this week there is no doubt that the government has announced a very serious attack on the local government pension scheme.
By John McDermott, Unison national executive (personal capacity)
Downloading PDF. Please wait...
Saturday 10 December 2005

While the full details were not completely clear at the beginning of this week there is no doubt that the government has announced a very serious attack on the local government pension scheme.

The “rule of 85”, which presently allows some local government workers to retire at 60 rather than 65 with an unreduced pension, will go from October 2006.

It will still be possible to leave at 60 — but at the cost of 30 percent of your pension.

The government has said there will be arrangements to cover some existing workers, but they will be no more generous than those which were floated last year.

That means that there will be protection for those now aged 52 or over, but everyone else will be hit.

I am no great fan of the deal which was agreed in health, schools and the civil service recently.

I don’t believe it is right to treat new starters differently to existing staff. But the local government plan is fundamentally worse.

It is treating local government workers and their union with contempt.

The Unison union has said it will seek judicial review of the changes.

This is because the government is saying that it has to implement them in order to comply with age discrimination legislation.

But this law does not yet exist.

In its early drafts it specifically excluded pensions.

So the legal challenge may have some merit. But it can also be a distraction.

The key issue is to campaign for mass industrial action to defend our pensions.

We need to pull the trigger. The issues now are the same ones that earlier this year saw 82 percent of Unison members who voted say they were prepared to strike.

The precise timing of a ballot is a matter of tactics.

But we should use the 12 week consultation period on these proposals to raise awareness of the need to confront the government. 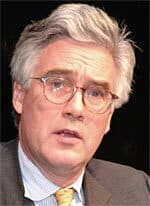