‘We need more of this’

This article is over 19 years, 2 months old
PICKETING lecturers and support staff at over 300 further education colleges forced management to close colleges in a one-day strike on Tuesday. This is the second strike this year by members of the lecturers' union Natfhe, who also struck for two days in May.
By Howard Miles, Bradford College
Downloading PDF. Please wait...
Saturday 09 November 2002

PICKETING lecturers and support staff at over 300 further education colleges forced management to close colleges in a one-day strike on Tuesday. This is the second strike this year by members of the lecturers’ union Natfhe, who also struck for two days in May.

This time they were joined on the picket lines by support staff in the Unison union. Some members of the other four unions involved in the joint pay claim also refused to cross picket lines.

Lecturer Dave Gibson from Barnsley College said, ‘This is the most solid strike we have ever had. There are Unison and Natfhe members on the picket line together. It’s been really effective.

‘We started picketing at 5.30am because cleaners in the GMB union wanted us to ask them not to go into work. They all turned back.’ College bosses’ initial pay offer was an insulting 1.5 percent. The two-day May strike saw this raised to 2.3 percent.

Monthly one-day strikes and a lobby of the Association of Colleges employers’ organisation conference on 19 November are planned if the unions’ joint claim is not addressed. The claim is for a substantial pay increase and parity with school teachers and local government workers by 2004.

Further education lecturers earn an average of £3,000 a year less than school teachers. Two thirds of college support staff earn less than £13,000 a year. Joint union rallies, featuring speakers from other public sector unions now taking action over pay and conditions, were held in many regions on Tuesday. In education secretary Charles Clarke’s Norwich constituency 200 strikers and their supporters demonstrated.

A lecturer at the Leeds rally said, ‘We need more of this because we all face the same low pay and worsening conditions.’ That feeling was echoed in other areas. Alison Gander from Nelson and Colne College said, ‘People want to know what’s happening next and if the action can be escalated.’

Ged Peck from Watford College added, ‘The main discussion was the need for both unions to extend the action beyond just one or two days.’ 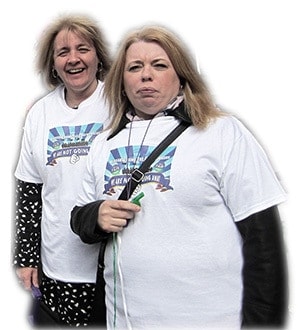