We need these two fighters

This article is over 18 years, 10 months old
I WAS shocked and very angry last week on hearing that Candy Udwin and Dave Carr had been expelled from the Unison union for actively opposing PFI. We all thought the witch-hunt against leading left activists had drawn to a close, and that the worst they would face was a period of suspension.
Downloading PDF. Please wait...
Saturday 01 March 2003

I WAS shocked and very angry last week on hearing that Candy Udwin and Dave Carr had been expelled from the Unison union for actively opposing PFI. We all thought the witch-hunt against leading left activists had drawn to a close, and that the worst they would face was a period of suspension.

My union branch, Camden Unison, has a long and very important history of solidarity, support and unity, and this expulsion is an attack on the type of action and fightback that Candy and Dave stand for. They have led and fought to defend our health service despite years of personal attacks and threats of sacking. Now they have the ultimate insult of being disciplined by our union for fighting privatisation of our local hospital.

That campaign had the support of not just their members in UCL hospitals, but other trade unionists in the area and plenty of local people. It is inconceivable that we should accept this expulsion.

SOME 2,000 members of the Unison union at Southampton council struck on Wednesday last week against plans to axe 120 jobs. The Labour-controlled council is making the cuts to make up for the loss of £7 million in grants from central government.

Councillors faced a lively lobby and protest as they arrived at their meeting to discuss the cuts. The strike was solid, with libraries and housing offices shut, social services disrupted and every section on strike.

The council is not only sacking workers. It is also putting up council tax by 19 percent. Council workers are discussing further action.

OVER 1,000 Unison union members in London are due to start a week’s strike action next Monday, 3 March. The action will mainly involve support staff in schools in around 13 of the 32 London boroughs. It is part of the continuing campaign to win an increase in the London weighting allowance.

The councils, backed by the government, are digging their heels in. The action planned next week shows there is still a feeling to fight to win decent pay.

On Tuesday of this week a meeting of representatives from London council Unison branches was due to hear proposals for further action. 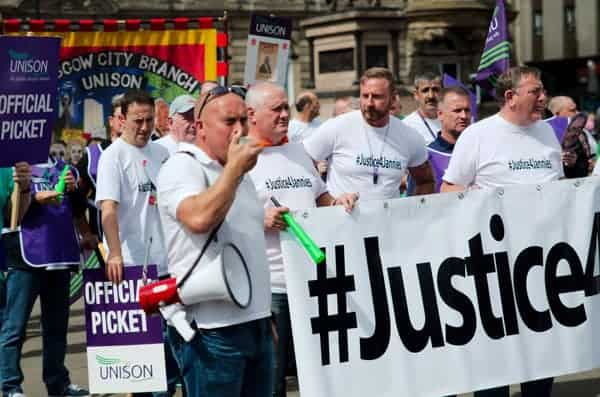 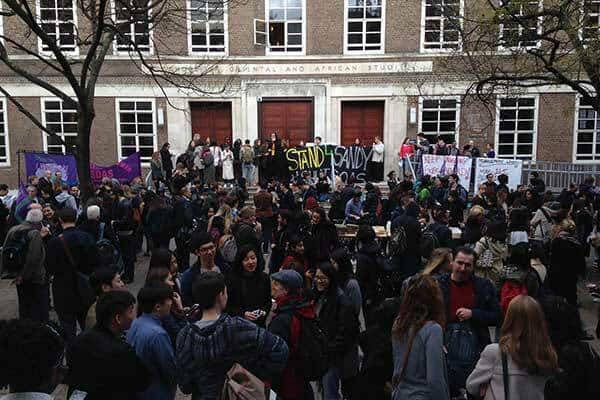