This article is over 13 years, 2 months old
Just over five years ago I was sitting at home marking my pupils’ work when a neighbour banged on the front door to say our car was on fire.
By Sally Kincaid
Downloading PDF. Please wait...
Tuesday 25 November 2008

Just over five years ago I was sitting at home marking my pupils’ work when a neighbour banged on the front door to say our car was on fire.

The firefighters said it was clearly arson as we had a diesel car and there was a smell of petrol.

Once the police had left we checked Redwatch, the Nazi hatesite that lists details of people opposed to the BNP and other Nazi groups.

On it were all our details, including our address, description of the car and its registration number.

Unlike the BNP list, which was removed from the internet straight away, the Redwatch website is still accessible.

So I laughed out loud when I heard supporters bleating on the radio about the publication of the BNP list.

For teachers, the issue has caused debate in staffrooms across the country.

I was speaking to my sister last week who works as a learning mentor at a local high school in Leeds. She was absolutely clear that BNP members should not be allowed to teach, asking how they can treat every pupil equally when they believe some are superior to others.

All schools have equal opportunities policies.

Yet the BNP is rooted in race hate and violence.

If they feel confident they will target blacks, Muslims, gays and others.

If those people listed remain BNP members they should be removed from our trade unions. The Nazis’ policies are completely opposed to the ideas that the unions uphold.

But we should also demand their removal from positions in teaching, the health service and the civil service.

If management will not act we should ensure these people are isolated and that all those working and dealing with them know that they are fascists.

A good starting point is to organise staffroom, canteen and trade union meetings at which Unite Against Fascism can explain the BNP’s Nazi history and its record of racial violence.

We can organise anti-fascist activities such as Love Music Hate Racism events, Kick Racism Out Of Football competitions.

Our unions have a good record on fighting fascism. It’s up to us to translate that down into the workplace and into our communities. 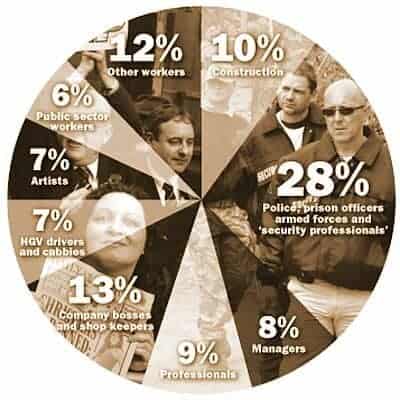 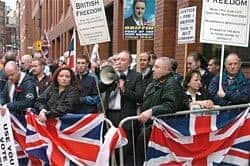