‘We’re not going to be victims,’ says anti-bedroom tax activists

This article is over 8 years, 8 months old
By Dave Sewell
Downloading PDF. Please wait...
Tuesday 14 May 2013 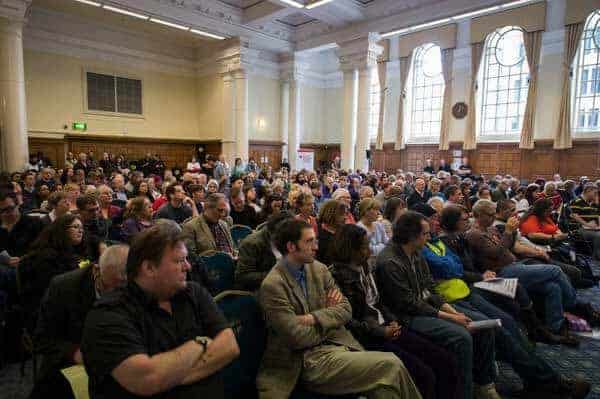 More than 350 people from 74 organisations met in London last Saturday to coordinate resistance to the government’s attacks on benefits.

They called for a wave of protests across Britain on Saturday 1 June.

This was the second national summit of the benefit justice campaign.

It took place as news emerged that Stephanie Bottrill from Solihull had killed herself after saying the bedroom tax meant she couldn’t afford to live (see right).

Some 37 local anti-bedroom tax campaigns backed the summit as well as trade unions and national organisations.

These included Disabled People Against Cuts, Defend Council Housing and the Haldane Society of Socialist Lawyers.

“People are having their benefits sanctioned and being left with no income whatsoever. There are families that can’t afford to put food on the table.

“We need to form lines of defence. We need to frustrate the system at every turn.

“We need councillors to do their part—and that’s why we’re demanding Labour councils take a position of no evictions.”

Other speakers included PCS and Bfawu union representatives, Steve Clarke of the Welsh Tenants organisation and Sean McGovern, a member of the Unite executive and chair of the TUC Disabled Workers’ Committee.

Tenants who have set up anti-bedroom tax groups spoke too.

“We’re not going to be victims,” said Liz Kitching of the Leeds Hands Off Our Homes group.

“We’re going to stand up for ourselves and each other. We won’t let them take away our babies’ bedrooms.”

The meeting voted to set up a national steering group to federate the campaigns and coordinate further action.

Jan Campbell was one of 19 people who attended from Barnsley, South Yorkshire. She’s already in arrears from the bedroom tax on her daughter’s old room.

“We’re all really fired up after the summit,” she told Socialist Worker. “We’re going to go back and protest against Iain Duncan Smith.

“I’m hoping we can build enough of a movement to stop the bedroom tax like we overturned the poll tax,” she told Socialist Worker.

Many delegates spoke about the need to stand up to the Tories’ divide and rule rhetoric that scapegoats migrants.

Others spoke about cuts to disability benefit, and the imminent capping of benefits that will have a devastating effect, particularly in London.

The EIS teaching union in Scotland voted to support the Scottish anti-bedroom tax federation this week.

Angela McCormick, an officer of the federation and an EIS member, told the summit “We can beat the bedroom tax.

“And that’s the weak link that can open the door to stopping all the pernicious attacks on benefits.” 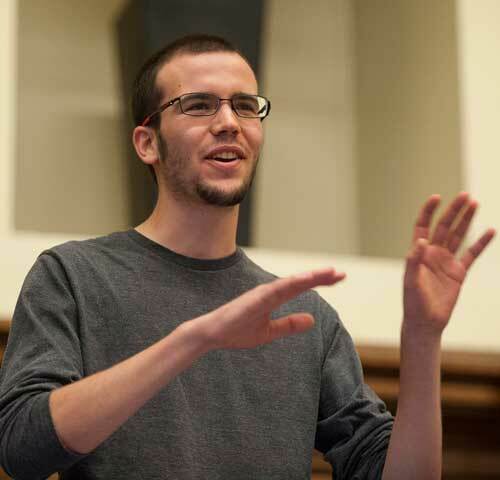 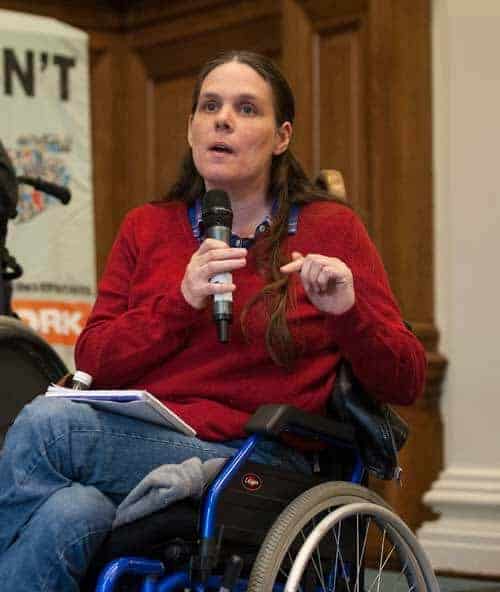 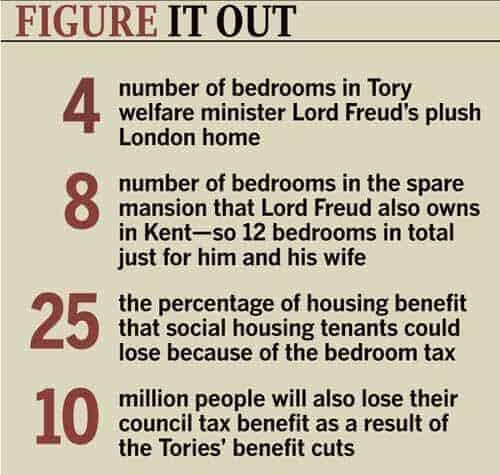 Cap threatens to force poor people out of their homes