‘We’re standing up for refugees’

This article is over 19 years, 7 months old
SOCIALIST WORKER spoke to some of those supporting the demonstration for refugees in London next Saturday
Downloading PDF. Please wait...
Saturday 15 June 2002

‘SOME people coming to Britain are denounced as economic migrants, yet economic migrants from all over the world are encouraged to be doctors and nurses to fill the gaps.’ So says former Labour MP TONY BENN.

‘Remember the Tory MP Norman Tebbitt said, ‘Get on your bike’? Well, they got on their bikes. People feel very bitter about unemployment, and it can seem that someone is doing better than them. But look at Dyson. The 800 workers in Britain made a profit. Then Dyson sacks them and moves to Malaysia where labour is cheaper. His profits then treble. That shows up the globalisation argument. Half the time we are told the bombing of Afghanistan is for human rights, but if Afghans come here they are told they can’t come in. In Iran there are two million Afghan refugees, so the number coming to Britain is fairly small. It is absolutely right we should demonstrate in Britain for refugees. We have to put all these arguments against the tabloid rage that is desperate to make refugees into scapegoats.’

Writer and journalist JOHN PILGER told Socialist Worker: ‘What is happening over refugees is inevitable from a government as reactionary and Thatcherite as this one. I am bemused to see certain politicians surrender completely any vestige of decency, as David Blunkett has done with his remarks about ‘swamping’ and Peter Hain’s lectures to the Muslim community. Blunkett is aligning himself with the memory of Enoch Powell. None of this is justified morally, politically or factually. This country is not being flooded. There are the lowest number of refugees this country has known for many years. In Australia the prime minister, John Howard, is directing his draconian policies against asylum seekers. There is a great danger in using him as a model in Europe. His military engaged a tanker whose master had honourably picked up 400 asylum seekers heading for Australia in a leaking boat. They tried to use military muscle to turn it around. It was terror for the asylum seekers, mostly from Afghanistan and Iraq. That’s where terror starts and gets under way in detention camps. They are positioned in hostile areas far from concentrations of population. The inmates are denied any access to independent outside assistance, and in many cases are denied a lawyer. People have gone to extraordinary lengths to bring attention to themselves, such as sewing up their lips. Children are detained and have suffered trauma.’

LIZ DAVIES is the national chair of the Socialist Alliance. She says, ‘Our members and supporters have campaigned around ‘Asylum seekers are welcome here’. We believe that policies over vouchers, dispersal and detention should be scrapped. We also believe that refugees have a right to work. A lot of the blame for the growth in racism lies with two mainstream parties-New Labour and the Tories. When they accuse refugees of ‘swamping’, when they say refugee children should be segregated, that sort of language and ideas fuel racism. The whole climate coming from mainstream political parties is that asylum seekers are not welcome. That means as many people as possible should come out in defence of refugees.’

‘TONY BLAIR is leading this. He is following Howard, the prime minister in Australia. It is unbelievable that Labour should be doing this and nobody says anything about it. The numbers of refugees coming to Britain has been going down substantially since 1997.

How dare we intervene in these countries, and then just when people want to flee we say they are all ‘illegal’? It is absolutely immoral. I think every voice counts. It is a sad thing the media doesn’t reflect this. Anything people do to make their voices felt on behalf of asylum seekers like the march can only be a good thing.’
YASMIN ALIBHAI-BROWN, writer

‘POLITICIANS ARE trying to make political capital by appealing to the base instincts of Little Englander fascists. Senior members of the government have jumped on the hysterical rhetoric bandwagon.

This covert racist propaganda plays directly into the hands of the fascist groups. Nick Griffin, leader of the British National Party, says, ‘The asylum seeker issue has been great for us. This issue legitimises us.’ Desperate people come to this country to escape persecution. Trade unions should support them.’
FRAN CHOULES, post worker and CWU union member, Exeter

‘SUCCESSIVE governments’ posturing has helped create the environment where it’s legitimate to be racist, as long as racism is directed towards asylum seekers and refugees.

I have gone on record as saying that comments from New Labour ministers have been less than helpful and insensitive, and quite inflammatory on occasion. We used to pride ourselves on being a country that was a safe home for those fleeing persecution. We should become more active and voice our concerns. If nobody says anything, everyone just thinks what is going on is alright. It is critically important people stand up and make a statement.’
SHAHID MALIK, member of Labour’s National Executive Committee

‘IT IS the scapegoating of the weakest in society. The government is trying to escape one of the effects of globalisation. They can shift capital all over the world, but they don’t want labour to move.

The way Western Europe has turned on asylum seekers adds a different dimension to racism. It feeds into a general discourse that Britain does not want immigrants, and by that it means non-white people. They are drawing all the wrong conclusions from the rise of the far right.

Social democratic parties should and can defend non-white people. Instead they think the best thing to do is to blame them. This does not combat racism. Pandering to the most bellicose instinct of the far right does not weaken them-it strengthens them. It is more important than ever to vocalise opposition. We need moral and political pressure at this crucial time to show many of us are not going to stand for this.’
GARY YOUNGE, journalist

‘THE 22 June demonstration is also the second anniversary of when 58 Chinese people were found dead in a lorry in Dover. It indicated that immigration laws are so draconian in this country that people go to extreme hardship, risking death, to arrive here.

The 58 were genuine asylum seekers, fleeing persecution because of Fortress Europe. They were stopped by this government with what we class as racist policies. This year the Chinese community will be leading a delegation from Chinatown to join the march on 22 June. I urge everyone to go on the 22 June demonstration.’
SURESH GROVER, National Civil Rights Movement

‘OUR CONFERENCE voted overwhelmingly to support a resolution calling on us to give full support to the Committee to Defend Asylum Seekers. It shows people are in full solidarity with asylum seekers, and oppose policies like dispersal and vouchers. We have already advertised the demonstration round all London branches, and are urging members everywhere to go along.

Our union is concerned about some of the language by David Blunkett and others. It plays into the hands of right wing arguments, whipping up a hysterical response. We have to show that trade unions and trade unionists do not support what the government is doing. The bigger the demonstration, the stronger that message will be put.’
MARK SERWOTKA, general secretary elect of PCS union

‘I AM absolutely disgusted at the policies on refugees which David Blunkett is actively pursuing. I was moved and appalled when I attended a recent demonstration outside Dungavel refugee detention centre in Scotland. I saw refugees and their children behind the windows. The motion I moved at the FBU firefighters’ union conference opposing detention was overwhelmingly carried.

This reflects the FBU’s continuing fight against injustice and oppression. It is vitally important that as many people as possible attend the forthcoming rally on 22 June in London. This Labour government must be left in no doubt that their draconian policies inflicted on innocent people are totally unacceptable.’
KENNY ROSS, brigade chair, Strathclyde FBU

‘IT IS really important that we actively support asylum seekers faced with all the things that people like Blair and Blunkett are coming out with. Here in Burnley it is especially important as the attacks on asylum seekers fuel racism, and that makes it easier for people like the BNP. We are publicising the demonstration on 22 June and also building for a rally against racism in Burnley on 25 June.’
TESS McMAHON, GMB member, Burnley

Stop the war on asylum seekers

‘British jobs’ and backing a united fight on the buses 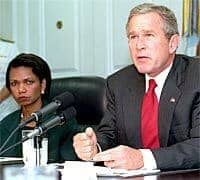 The bloody price of racist hatred