Now they are discussing the way forward and how to strengthen their organisation.

One electrician told Socialist Worker, “The last time bosses launched an assault on us, in 2000, there were a series of strikes on the Jubilee line extension, Pfizers and others.

“We defended ourselves—but they took their revenge with the blacklist.

“Every one of those lads blacklisted should be the first up for the next jobs. Crossrail is a huge job. It shouldn’t get built unless blacklisted construction workers get jobs.”

He added, “We have had subcontractors, agency workers and the directly employed all working together on the protests—that’s how we can become strong.”

Another told Socialist Worker, “Let’s use what we’ve built so far to get decent conditions on the job.

“Let’s make the JIB something useful.”

An electrician from Liverpool said, “I see the dispute as an equaliser, bringing back the status quo.

“Now we have to push on and recruit to the union.

“We have to let boys in agencies know that the rank and file will support them. And we have to be prepared to take on the vermin that run the agencies.”

A number of electricians agree that the agencies are the next enemy.

Getting decent rights at work, for instance, would involve enforcing Rule 17 of the JIB agreement, which covers subcontracting.

According to one worker, “A celebration is in order as a lot of effort went in to get us here. But we can’t go to sleep because we have won one battle.

“We need to move on to the agencies. It should be made a condition for agencies to pay JIB rates.”

Some workers also think that the dispute shows there should be changes in how the union is organised.

One said, “The employer has realised that we will not stand idle and do nothing as they try and dismantle our hard fought for agreements.

“But the war is not over. We need to be vigilant, especially over negotiations.”

Others were concerned about how to get more influence over negotiations with the bosses.

One electrician said, “Over the last few years, unions have signed up to many bad deals. The key thing is building up the rank and file structures.”

Another added, “We need rank and file members inside negotiations to push the JIB agreement in our favour.

“We have had a pay freeze for over two years. That needs to end.” 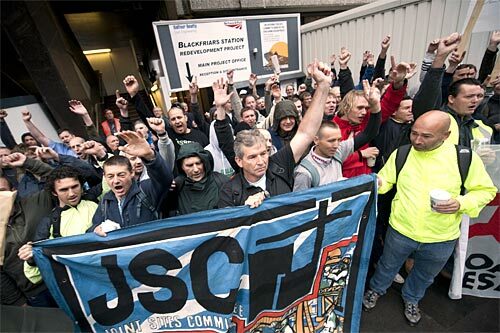 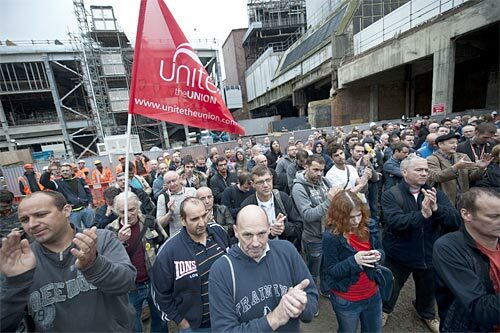