This article is over 11 years, 11 months old
The rich aren’t suffering from the ongoing economic crisis—instead they continue to get richer.
Downloading PDF. Please wait...
Tuesday 29 June 2010

The rich aren’t suffering from the ongoing economic crisis—instead they continue to get richer.

The world’s wealthiest families saw their fortunes rise by an average of 17 percent last year.

The Institute for Private Investors has more than 300 member families and each are worth at least £30 million.

They made money over the last year by investing their cash in hedge funds, private equity and commodities.

The Financial Times magazine pointed out last week that the rich fully expect to get richer this year and that they had increased their wealth over the past year.

Meanwhile Network Rail, the private company that owns Britain’s rail infrastructure, announced it was handing its six top directors £2.25 million in bonuses. This is the same company that is trying to slash 1,500 safety-critical jobs because of “budget cuts”.

When any boss or any government minister says we have to accept cuts they are lying through their teeth. 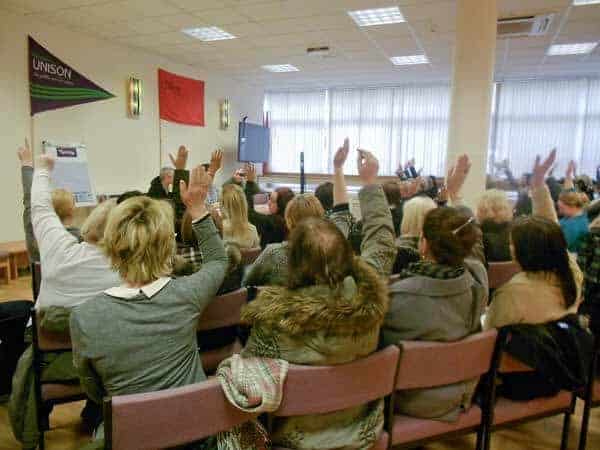